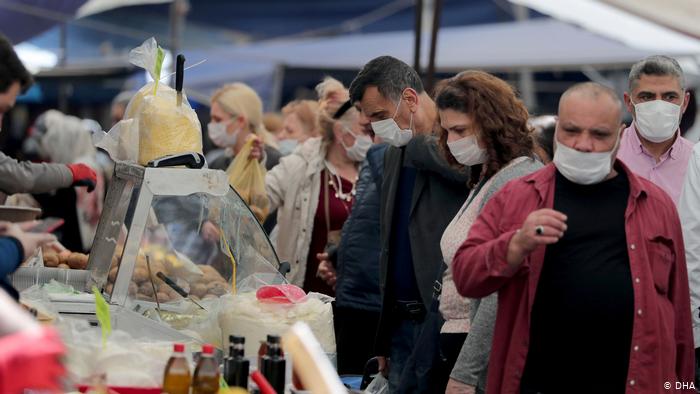 Turkey, which reported 32,102 new coronavirus infections and a death toll of 235 on Dec. 15, has risen to sixth place among countries with the highest number of infections, according to Worldometers, a reference website that provides counters and real-time statistics for diverse topics.

The US tops the list with 17,143,942 cases, followed by India, Brazil, Russia, France and then Turkey. Turkey is followed by the United Kingdom and Italy, which were among the most affected countries in the first months of the pandemic.

From July to the end of November, the Turkish government made public only the comparatively small number of COVID-19 “patients” with symptoms. In the wake of growing criticism, the Health Ministry in late November began to report the number of all individuals who tested positive for the coronavirus.

The reporting of all coronavirus cases in Turkey, which number some 30,000 daily, has caused the country jump from one of the least-affected countries to the sixth most affected in the world.

Ayhan Koç, the head of İstanbul’s cemeteries department, told the Birgün daily that the number of deaths caused by a “contagious disease” in İstanbul since the start of the pandemic has exceeded 15,000. Koç said the highest number of deaths took place in November.

The way Turkey reports and registers coronavirus deaths and infections has been a subject of controversy since the beginning of the pandemic, with the Turkish Medical Association (TTB) accusing the Health Ministry of lacking transparency. On the death certificates of some individuals, the cause of death is stated as a contagious disease although they are known to have died of COVID-19.

Although Turkish medical organizations and opposition politicians have been calling on the government to declare a 14-day lockdown at the very least, the government has been ignoring these calls in order to keep the country’s beleaguered economy running.

In the meantime, Turkey continues to lose more of its healthcare staff to COVID-19 as 11 more healthcare workers died between Dec. 14 and Dec. 15 in their fight against the coronavirus, according to a statement from the TTB.

Health Minister Fahrettin Koca announced on Dec. 13 that 13,000 healthcare workers in Turkey had been infected with COVID-19 and that 225 of them had died as of Dec. 13.