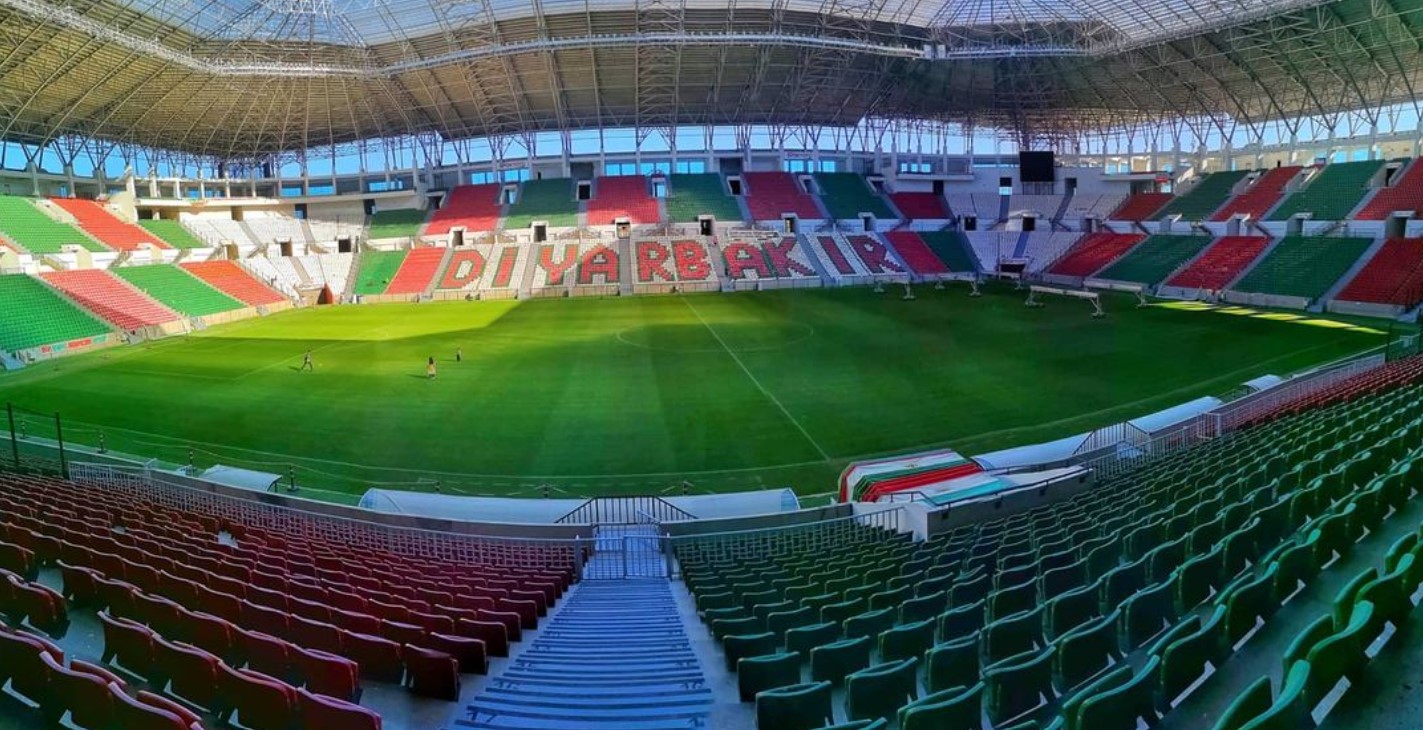 When Başakşehir refused to return to the field, the game was postponed until Dec. 9, on condition that the entire referee crew change.

Assistant referee Coltescu claimed that he had said “negru” instead of “negro,” and that the word “negru” in the Romanian language only means “black man” without any pejorative connotation. Coltescu denied that he had any intention of insulting Webo.

After the MHP’s tweet, hate speech and attacks against Turkey’s Kurdish Amedspor club started up.

Amedspor, which is based in Diyarbakır, the country’s largest predominantly Kurdish city, has repeatedly been the target of racist attacks. One of these occurred during a game between them and the Ankaragücü club from the capital city.

In the game played in April 2016, Amedspor’s fans and club president Nurullah Edemen were physically assaulted. Many still remember the video footage where Edemen was being attacked to the point of his bones being fractured.

Amedspor and its players often encounter racist chants while playing in stadiums in the country’s western cities. Deniz Naki, one of the club’s most popular players, ultimately had to retire and move to Germany due to the racist abuse he suffered.

Başakşehir, who walked off the field because of the allegedly racist remarks, was accused of protecting racists until very recently.

Midfielder Emre Belözoğlu, who had previously received a suspended sentence for racist remarks against Ivorian player Didier Zokora, remained Başakşehir’s captain for a long time and is now an executive at another major İstanbul club, Fenerbahçe.

Amedspor joined the hashtag #NoToRacism, which was widely posted in Turkey after the events of the Başakşehir-PSG game. The club published the video of the racially motivated assault on its executives during the game with Ankaragücü with the comment, “We have not forgotten those who battered our executives and threw them down stairwells #NoToRacism.”

Amedspor also reminded of Başakşehir players’ racial slurs against them in a previous game and tweeted, “We stand with Webo but not with Başakşehir, who insulted us in that Ziraat Turkey Cup game.”

In a game between Amedspor and Başakşehir, the İstanbul club’s player Semih Şentürk had celebrated a goal he had scored by going in front of Amedspor’s fans and giving a military salute, which was perceived as a reference to the Turkish Armed Forces’ (TSK) operations against the outlawed Kurdistan Workers’ Party (PKK) and a thinly veiled insinuation that Amedspor was on the side of “terrorists.”

After the game between Başakşehir and PSG, opposition deputy Sezgin Tanrıkulu brought up the incident in parliament and said: “We condemn the racist attack against Webo. I wish we could have shown the same reaction against the racism that Amedspor has been facing everywhere across Turkey for years.”

How much is it related to tensions between Erdoğan and Macron?

Some commentators have linked the incident to the tensions between Erdoğan and his French counterpart, Emmanuel Macron, who were recently at odds on a number of political issues between the two countries.

Pro-Erdoğan football commentator Rıdvan Dilmen said on a TV program that the incident “should have repercussions for Macron as well.”

Another commentator, Mithad Fabian Sönmez, said pro-Erdoğan circles have perceived the controversy as an opportunity to pressure Macron based solely on the fact that it happened in France while ignoring that France had nothing to do with the incident as the referee in question is from Romania.