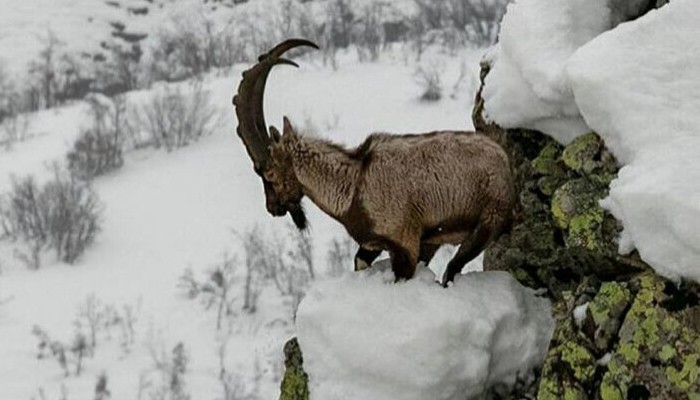 A temporary hunting license granted by Turkish authorities to American businessman Bradley Garrett Van Hoose to hunt a mountain goat in the eastern province of Tunceli has been revoked due to public outrage, an opposition deputy has announced.

Main opposition Republican People’s Party (CHP) deputy Polat Şaroğlu announced the news from his Twitter account on Sunday, saying that Tunceli Governor Mehmet Ali Özkan confirmed to him the cancellation of the hunting license for the US businessman.

Van Hoose, a trophy hunter, was recently issued a temporary permit by the Tunceli Nature Conservation and National Parks Directorate and attracted widespread criticism for putting the rare mountain goats at further risk of extinction.

Tunceli Mayor Fatih Mehmet Maçoğlu, Turkey’s only mayor from the Communist Party of Turkey, tweeted his frustration with the license issued to the American hunter and said he would be up in the mountains with Tunceli locals to protect the mountain goats.

“The life of every living being in the wild is priceless. I am appealing to the person who is coming to massacre a mountain goat with a rifle, binoculars and 50 bullets. I will be waiting for you with the villagers and everybody else who cares,” he tweeted.