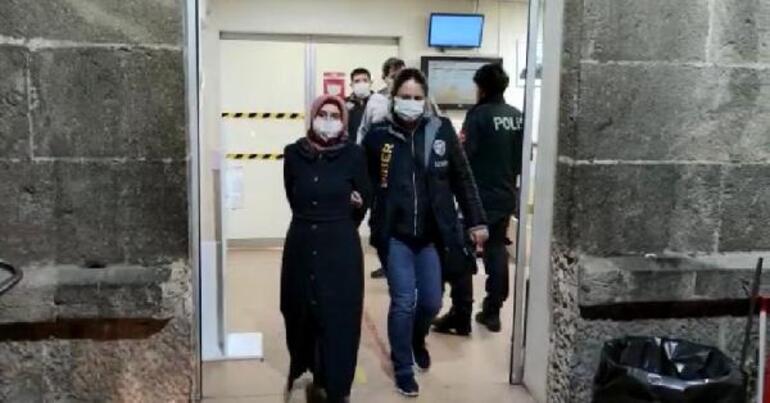 Turkish police officers have taken 66 people who were detained as part of an İzmir-based operation targeting members of the faith-based Gülen movement to a hospital for medical examinations with their hands cuffed behind their backs, a move that drew criticism from human rights defenders, the T24 news website reported on Saturday.

The detention of 66 people suspected of links to the Gülen movement, inspired by the teachings of US-based Muslim preacher Fethullah Gülen, was carried out in the early hours of Friday by officers from the counterterrorism and intelligence units of the İzmir Police Department, part of an investigation launched by the İzmir Chief Public Prosecutor’s Office.

Turkey’s Justice and Development Party (AKP) government labels the faith-based movement as a terrorist organization and accuses Gülen and his followers of masterminding an attempted coup that claimed the lives of 251 civilians on July 15, 2016.

Although both Gülen and the members of his group strongly deny any involvement in the abortive putsch or any terrorist activities, President Recep Tayyip Erdoğan’s AKP has jailed some 96,000 people while investigating more than 511,000 over alleged links to the movement as part of a massive purge launched under the pretext of an anti-coup fight.

Friday’s operation, which was conducted as part of an ongoing crackdown that followed a corruption scandal in Turkey in late 2013 and culminated in the aftermath of the failed coup in 2016, drew a rebuff from human rights advocates in Turkey and abroad after photos were released in the media showing the detainees’ hands cuffed behind their backs.

“More detentions today in İzmir. Those detained shall be accused of supporting families of political prisoners. Later it was reported that 10 women have already been arrested,” Rebecca Harms, a former member of the European Parliament and an expert on Turkey, announced in a tweet.

“What does it mean to handcuff detainees from behind? It means that they were declared guilty well in advance and thus may be subjected to all kinds of maltreatment. You have no right to torture people, even if they are guilty,” Ömer Faruk Gergerlioğlu, a rights advocate and deputy from the pro-Kurdish Peoples’ Democratic Party (HDP), said in a tweet, addressing the AKP government.

Former judge Kemal Karanfil, who was one of 130,000 civil servants purged from their jobs following the coup attempt, referred to the principle of legality in criminal law, meaning that only the law can define a crime and prescribe a penalty.

“Nobody can be punished for an act that is not considered a crime in the law. Our laws do not include a crime known as ‘supporting families of political prisoners.’ The real crime is what you are doing!” Karanfil said, referring to operations against the Gülen movement criticized by many for being politically motivated.

Another purged judge, Saim Nergiz, emphasized that handcuffing detainees from behind violates the presumption of innocence and the regulation on detention.

“The situations that require handcuffing from behind are obvious. They [the AKP government] will face trial [for this injustice],” Nergiz tweeted.

Erdoğan, AKP criticized for getting coronavirus shots despite not being on priority list