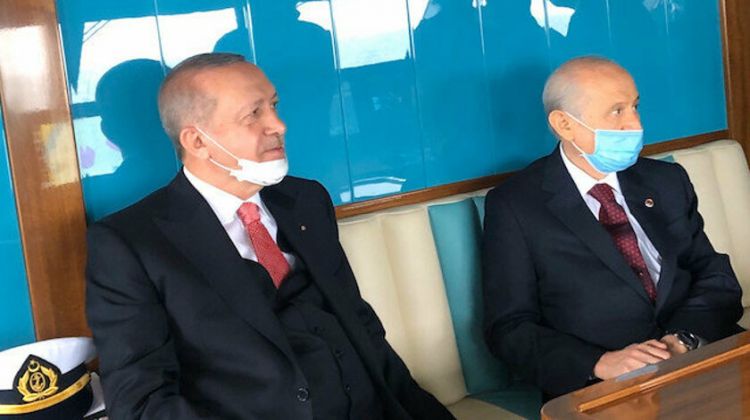 Turkish President Recep Tayyip Erdoğan has said he would get vaccinated against the coronavirus, in a move intended to boost public confidence in the safety and efficacy of a vaccine that has raised concerns among the people.

Speaking to the press following Friday prayers in İstanbul, Erdoğan said he has no problem with receiving the vaccine as he would do whatever is needed when it comes to public health.

“It is necessary for us to take this step to set an example for our people,” the president added.

The Turkish government plans to buy a variety of vaccines developed against the novel coronavirus, Erdoğan also said, indicating that they are engaged in talks with Russia in addition to China.

The Turkish president further said he had a conversation with Uğur Şahin, the CEO of BioNTech, who was born in Turkey and migrated to Germany as a child.

A vaccine developed by the German company BioNTech and its US partner Pfizer is believed to be more than 90 percent effective in preventing COVID-19 based on initial data from a large trial.

Turkish Health Minister Fahrettin Koca announced last week that the government had agreed with Chinese biopharmaceutical company Sinovac Biotech to buy 50 million doses of CoronaVac, which is currently in Phase 3 trials and would be delivered in December, January and February.

Koca also said earlier this week that Turkey would begin vaccination of healthcare workers and high risk groups in early December as the country battles a soaring number of coronavirus infections, adding that he would work to convince people to get immunized by receiving the Chinese vaccine himself in front of the cameras as soon as Turkish authorities approve its use.

The Turkish government also has ordered 1 million doses of the vaccine developed by BioNTech and Pfizer. Turkey is experiencing a surge in infections, with daily confirmed cases exceeding 30,000 and the country’s death toll since March nearing 14,500.