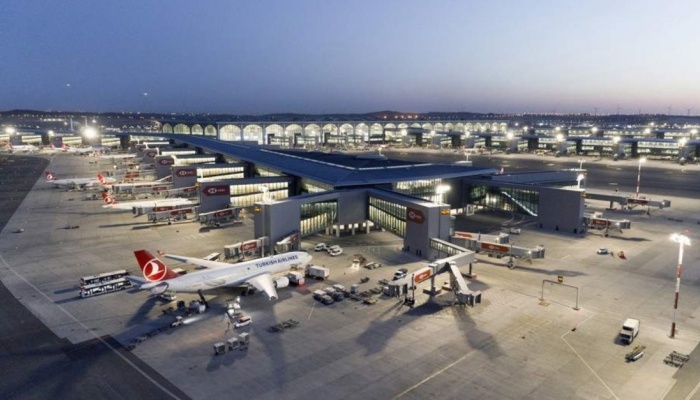 Already challenged by the serious financial problems caused by the coronavirus pandemic, some foreign airlines are halting their flights to İstanbul due to the high costs at a newly constructed airport and Turkey’s refusal to allow the companies to use a relatively cheaper airport in the city, the Sözcü daily reported.

According to the report, Turkey’s Transportation Ministry has not given permission to foreign airlines from Russia, Ukraine and Germany, such as the German flagship carrier Lufthansa, to use Sabiha Gökçen Airport on the Anatolian side of İstanbul, but they have instead been obliged to use İstanbul Airport, which went into operation in April 2019.

Over the past two weeks around 50 flights to İstanbul have been cancelled for this reason, and some companies have even decided to halt flights to Turkey altogether due to Turkish authorities’ refusal to cooperate.

The airlines are trying to take measures to mitigate the financial effects of the pandemic and are looking to reduce their airport charges, for which they spend the largest amount of money after aviation fuel.

In a statement in February Turkey’s Directorate General of Civil Aviation (SHGM) said new flights cannot be allowed at Sabiha Gökçen Airport due to capacity constraints and ongoing investment. The SHGM’s statement was interpreted as a move to support İstanbul Airport operator IGA.

According to former SHGM president Oktay Erdağı, İstanbul Airport is one of the world’s most expensive airports for airlines. He said due to a fall in the number of flights because of the coronavirus pandemic, there is no longer any capacity problem at Sabiha Gökçen Airport.

Erdağı said the Transportation Ministry has the right to distribute flights among airports in cities with more than one airport; however, it is damaging the Turkish aviation sector by not allowing the airlines, which are already experiencing hard times due to the coronavirus pandemic, to use the cheaper airport in İstanbul.

The construction of İstanbul Airport drew serious criticism from Turkish opposition parties, which claimed corruption in tenders, and sparked protests among laborers, who complained about harsh working conditions and a surge in work-related deaths.