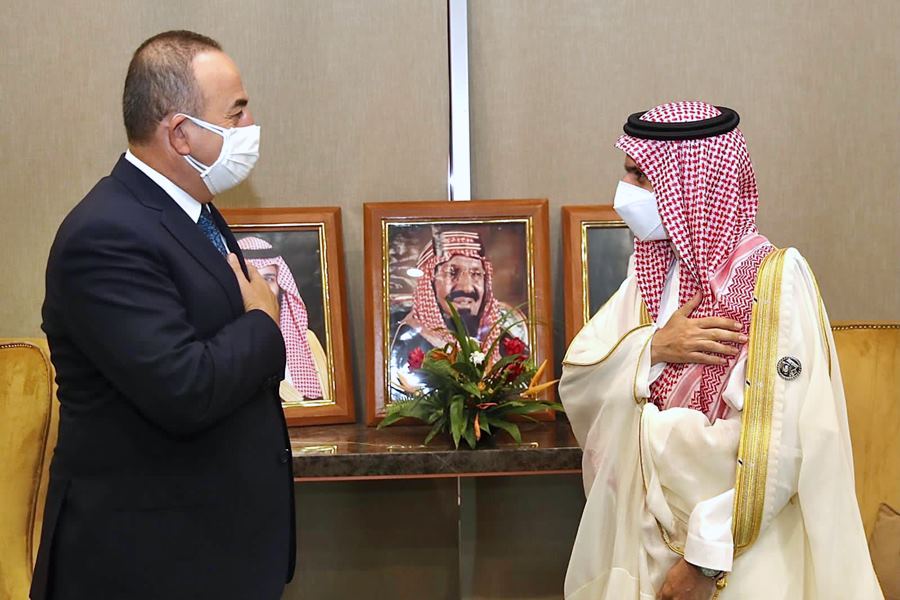 Turkish Foreign Minister Mevlüt Çavuşoğlu met with his Saudi counterpart, Faisal bin Farhan Al Saud, in Niger on Friday to discuss bilateral relations and regional issues, in a move aimed at improving ties two years after the murder of Saudi journalist Jamal Khashoggi at the Saudi Consulate General in İstanbul.

Çavuşoğlu tweeted that the meeting, held on the sidelines of the 47th Session of the Council of Foreign Ministers of the Organization of Islamic Cooperation (OIC) on Friday, was “sincere.”

“Ankara attaches importance to its bilateral ties with Riyadh. A strong Turkey-Saudi partnership benefits not only our countries but the entire region,” Çavuşoğlu also said in the tweet, sharing a photo of him and his Saudi counterpart greeting each other.

Relations between Ankara and Riyadh hit a low point after Khashoggi, a 59-year-old columnist who wrote for The Washington Post, was murdered inside the Saudi Consulate General in İstanbul in 2018.

The CIA, a UN special envoy and Ankara linked the Saudi crown prince directly to the killing, a charge the kingdom vehemently denied, insisting that the Saudi insider-turned-critic was killed in a “rogue” operation.

A trial in absentia of key Saudi officials, including some close to the Saudi crown prince, will resume in İstanbul in March.

The two countries have also been at odds over regional politics in relation to the Libyan and Syrian conflicts as well as Turkey’s support for Qatar in a crisis dividing the Gulf countries.