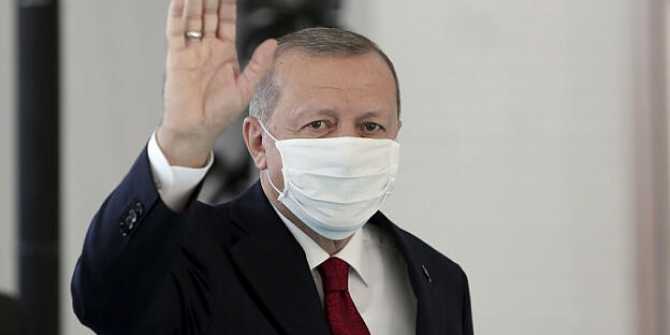 Turkish President Recep Tayyip Erdoğan on Friday said his government was obliged to take measures in the face of skyrocketing COVID-19 infections in the country, while the main opposition party announced the same day that 21,081 deaths in 20 cities attributed to “contagious diseases” were actually coronavirus fatalities.

“Our people are not being careful indoors. We have to take measures, and we will,” Erdoğan said after Friday prayers.

The Republican People’s Party’s (CHP) COVID-19 Advisory Committee announced on Friday that in 20 cities governed by CHP mayors there had been 21,082 deaths since the beginning of the pandemic, registered as “contagious disease fatalities,” which the oppositions says is a term used to cover up the real COVID death toll and illustrates that official numbers putting the death toll near 13,000 are very low.

The committee announced an immediate action plan that recommends a 14-day closure of all sectors except vital ones, also stipulating government subsidies for businesses during the two-week period.

Erdoğan said he is in discussions with Russian President Vladimir Putin to import vaccines, adding that the country’s health minister is involved in vaccine deliberations with China’s Health Ministry.

Turkish Health Minister Fahrettin Koca has attracted widespread criticism for previously hiding the true scale of the coronavirus pandemic in Turkey after he announced for the first time the daily number of COVID-19 infections in the country on Wednesday.

The ministry previously had announced the daily number of coronavirus “patients,” meaning the number of people with symptoms who had to be hospitalized. The ministry excluded people who tested positive for the coronavirus but showed no symptoms.

Following the minister’s announcement, which put Turkey at the top of countries in Europe for the highest number of coronavirus infections, the Turkish Medical Association (TTB) called on Koca to resign.