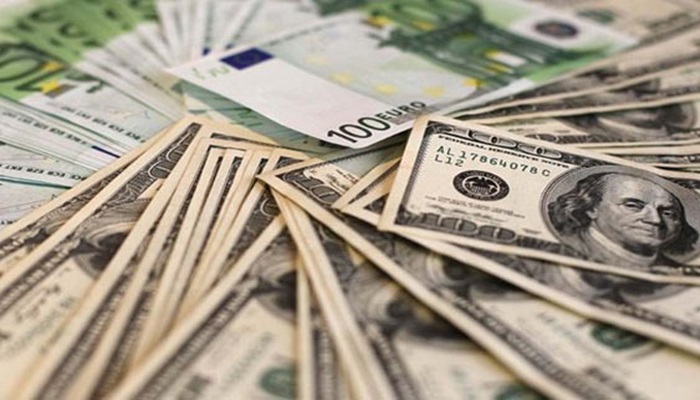 The Turkish economy team has backed down on its opposition to high interest rates, and the central bank hiked rates last week. Foreign investors, who had lost all hope of investing in Turkey, began to show interest again after the bank’s decision.  Domestic investors, however, consider the situation of the Turkish lira firming to 7.5 to the dollar, from 8.5 beforehand, as temporary and are using it as a reason to buy foreign currency and gold.

The central bank’s decision to raise interest rates came after the abrupt resignation of Finance and Treasury Minister Berat Albayrak, the son-in-law of President Recep Tayyip Erdoğan. Market reaction was positive to the hike in interest rates, which was due to recently appointed Central Bank Governor Naci Ağbal and Lüfti Elvan, who replaced Albayrak as minister following his resignation earlier in November. However, it failed to stop investor demand for US dollars.

Net foreign investor inflows into stock and bond markets were some $910 million in the week of November 9-13, central bank data showed, the largest weekly inflow since August 2017. According to cumulative data, outflows overall this year amount to $12.7 billion, dropping from nearly $13.5 billion beforehand.

The central bank raised the one-week repo rate by 475 basis points to 15 percent on Thursday, in line with market expectations, following its first policy meeting under its new governor Ağbal, and indicated that from now on funding will be provided through the one-week repo rate, which will be its main policy tool.

In effect the rise in the one-week repo rate was limited in practice given that the average cost of funding is currently around 14.96 percent. Even so, investors saw the decision as the first important move of Turkey’s new economy team.

Domestic investors, unlike foreign investors, saw the strong rally of the Turkish lira as an opportunity in the week of November 9-13 and used it to build their forex and gold positions. Foreign currency deposits held by locals saw an increase of $1.6 billion and stood at a historic new high of $225.8 billion. Growth in the volume of foreign currency deposits this year was over $32 billion.

The markets are closely monitoring Turkey’s alarming COVID-19 surge that has brought reported daily cases and deaths to levels last seen in late April, just after the initial peak, along with new measures introduced by the government that include partial curfews and limited working hours for restaurants and cafes.

Data on the government’s budget in the first 10 months of 2020 have revealed the effects of the coronavirus, along with the economic slump, on the collection of revenue. According to Finance and Treasury Ministry data, the government was only able to collect TL 655.3 billion of a total of TL 898.8 billion in tax revenue in the first 10 months of 2020, failing to collect the remaining TL 243.5 billion.

According to the results of a public opinion survey conducted in November by İstanbul Economics Research, the number of Turks who have negative opinions about the country’s economic condition increased by 4 percent over the last month.

When asked “What do you think about the current state of Turkey’s economy?” 73 percent of participants said it was “very poor” or “poor” in the first half of November, with a slight increase from 69 percent last month. While only 11 percent of respondents said they thought the state of Turkey’s economy was “very good” or “good,” some 16 percent said it was “neither good nor bad.”