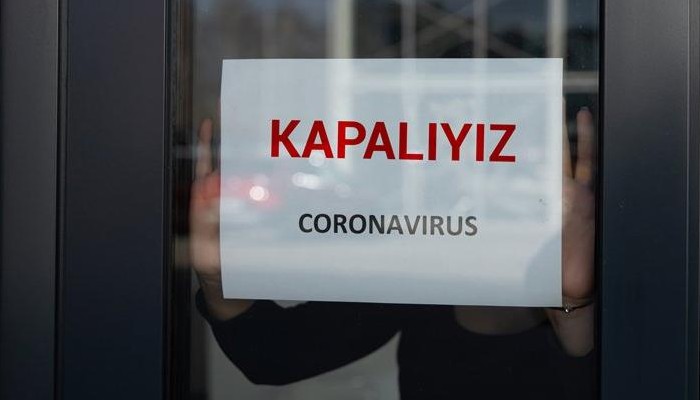 Turkish Trade Minister Ruhsar Pekcan said they have contacted global firms to find out what they can do to financially support Turkey’s small business owners and their employees, who have suffered devastating financial loss since COVID-19 reached the country in March, the Sözcü daily reported on Wednesday.

Pekcan on Tuesday responded to the opposition’s criticism about the lack of financial support for the hundreds of thousands of small business owners in Turkey and their millions of employees who had to quit their jobs amid the pandemic while she presented the ministry’s budget proposal to parliament’s Budget and Planning Committee.

“We had conveyed our requests to the Treasury and Finance Ministry to allocate grants for the payment of rent, electricity, water and natural gas bills of small business owners across the country, and the negotiations are ongoing. We are aware that they have been suffering a loss of income due to the coronavirus and are currently working along with our president on best ways to utilize public funding.”

Pekcan said the ministry had also contacted global companies to help solve the issue. “We are also working on financial support that can be provided through the firms’ social responsibility projects,” she added.

The ruling Justice and Development Party (AKP) previously rejected a motion from opposition parties to allocate TL 24 billion in additional funding to the ministry to be distributed to the country’s small business owners.

The government recently adopted new measures due to the latest infection wave in the country. According to data from the Health Ministry, Turkey’s daily COVID-19 death toll hit a record high of 161 on Tuesday, bringing the total toll to 12,672.

The measures included curfews for weekends and for certain age groups, as well as limiting the working hours of some businesses, such as restaurants, cafes and shopping malls. Under the new restrictions, cinemas will be closed and schools will return to online education for the rest of the year.

The number of small business owners whose businesses are directly or indirectly affected by the second wave of measures has already exceeded 650,000, Turkish media reported on Wednesday.

Erhan Usta, a lawmaker from the İYİ (Good) Party, warned that 4 million small business owners in Turkey will soon become unemployed along with their employees if the government does not provide them with financial support.

Turkey’s unemployment rate, which was 12.8 percent in April, increased to 13.2 percent in August, according to data from the Turkish Statistical Institute (TurkStat), partly due to the effect of the coronavirus, the first case of which was confirmed in Turkey on March 11.