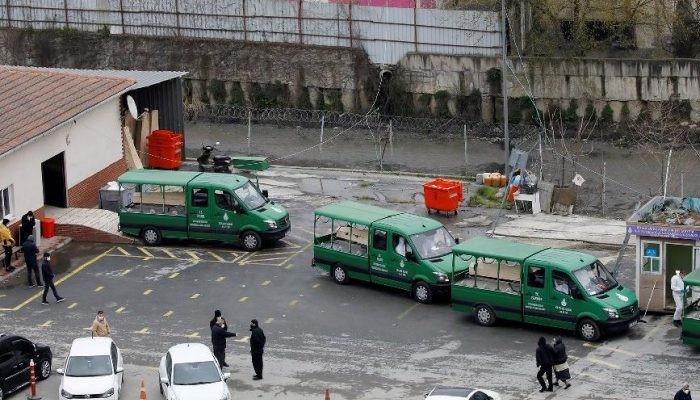 The İstanbul Municipality’s funeral services are overwhelmed by an increasing number of deaths in the city caused by the coronavirus and are reaching their limit, İstanbul Mayor Ekrem İmamoğlu announced on Sunday.

İmamoğlu said 186 people died in İstanbul alone on Sunday due to a contagious disease, namely COVID-19. However, the country’s health ministry announced the coronavirus death toll at 139 for the entire country on Sunday.

Since the outbreak of the pandemic in Turkey, the Turkish government has been criticized for hiding the scale of the pandemic in the country by not properly revealing the number of people who have been infected and died of the coronavirus.

“What can I do now? Should I keep silent? I can’t sleep at night. The number of daily burials is heading toward 450. This means we can’t keep up [with them],” said İmamoğlu, adding that data from past years show the daily death rate in İstanbul for November to be around 180-200 people.

On Sunday Turkey saw a record number of people diagnosed with COVID-19 as 6,017 new symptomatic patients were documented, according to health ministry data.

The number of new daily cases is now running at higher levels than the outbreak’s previous peak in April, with news reports coming from every corner of Turkey about overwhelmed hospitals.

Turkey introduced evening lockdowns over the weekend for the first time since June, with businesses such as restaurants and bars ordered to close.

The ministry said a total of 446,882 patients with symptoms had been identified since the country’s first recorded case in March.

The Turkish government does not reveal the exact number of people infected with the coronavirus every day. The Health Ministry instead announces the number of “patients” who are being treated in hospitals for COVID-19, while people who have been infected with the virus but not hospitalized are excluded from the numbers.