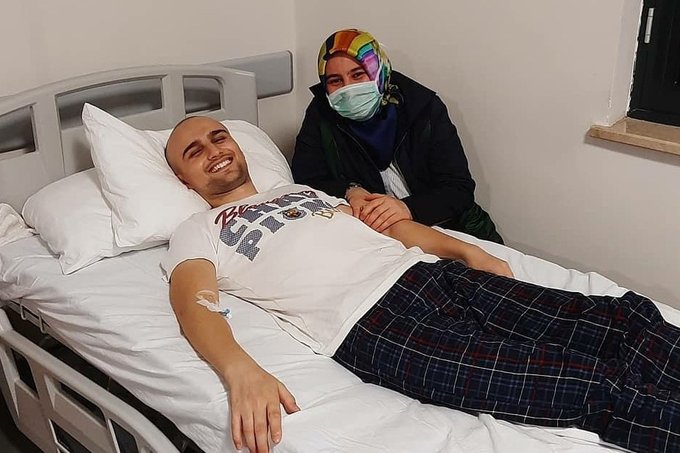 A former air force cadet sentenced to life in prison on coup charges succumbed to bone cancer on Friday in a hospital in Eskişehir.

Yusuf Kurt (25), a former student at the Turkish Air Force Academy, was among 70 air force cadets sentenced to life on charges of attempting to destroy the constitutional order by means of a coup attempt in July 2016.

Kurt was tried by the İstanbul 24th High Criminal Court and was released after sentencing in January due to his deteriorating health.

Melek Çetinkaya, the mother of another air cadet who was jailed for life on coup charges, announced Kurt’s death on Twitter.

Çetinkaya has been fighting for the release of cadets who claim they were unaware that a coup was underway as a putschist bid unfolded on July 15, 2016, when rogue soldiers failed in their attempt to take over the government after skirmishes with pro-government factions.

The cadets had said on the night of the coup they were taken to İstanbul in buses from Yalova and that they did not know they were part of a coup attempt.

The air force cadets said the only surprising thing on July 15 was an unplanned morning visit by Air Force Commander Gen. Abidin Ünal to their training camp in Yalova.

Turkish media reported claims that during a speech to cadets in Yalova, Ünal underlined the importance of carrying out the orders of their commanders.

Columnist Ahmet Nesin wrote on the Artıgerçek news website that during his unplanned visit, Ünal told the commander of the camp to cancel all training activities in the afternoon. “He told the commander, ‘Don’t tire the boys out; they’ll get tired this evening’,” Nesin reported.

After the July 15 coup attempt, various courts sentenced a total of 355 military cadets to life imprisonment for “attempting to overthrow the government.”