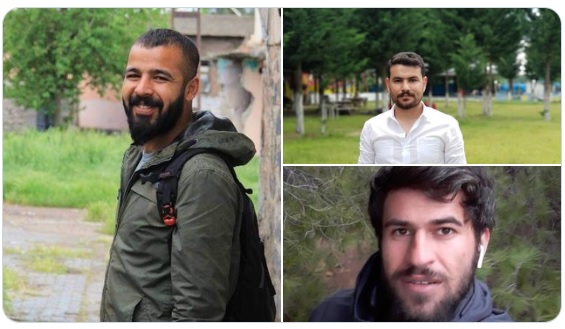 Romanian authorities are trying to deport to Turkey three Kurds including a journalist who are seeking political asylum in the country, the Yeni Yaşam newspaper reported.

The asylum seekers were reportedly forced by the Romanian police to board a plane at the airport in Bucharest on Wednesday, but they were told to get off the plane and their deportation was postponed for reasons that are not yet clear.

Journalist Nuri Akman, who worked for the now-closed Dicle news agency in Turkey and covered clashes between the Islamic State in Iraq and the Levant (ISIL) and the Kurdish People’s Protection Units (YPG) in the Syrian Kurdish town of Kobane in 2015, was prosecuted numerous times in Turkey on terrorism charges.

He was sentenced to six years, three months in prison on charges of terrorist organization membership, a ruling that was later overturned by an appeals court.

The pressure on Turkey’s Kurdish population, as well as all non-loyalist citizens, reached new heights following a coup attempt in July 2016 as the Turkish government launched a massive crackdown on dissidents under the pretext of an anti-coup fight.

The government crackdown has gone beyond Turkey’s borders, with the Turkish government urging other countries to deport Turkish asylum seekers, a demand that has been acquiesced to by some countries such as Kosovo, Albania, and Moldova despite international outrage.