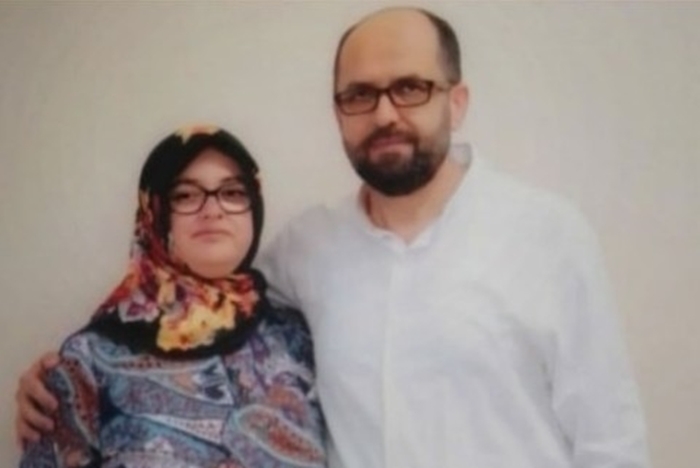 The health records of former police officer Ahmet Kaplan, who died behind bars from lung cancer on November 10, have exposed the extent of neglect by prison and hospital authorities, who are accused by the purge victim’s family of deliberately ignoring his rapidly deteriorating condition.

One of the 130,000 civil servants removed from their jobs as part of a massive purge carried out by Turkey’s ruling Justice and Development Party (AKP) in the wake of an attempted coup in 2016, Kaplan was arrested on August 13, 2016, and was diagnosed with lung cancer last month.

He died after the stage four cancer spread to his kidneys, allegedly due to the criminal neglect of the Turkish government as well as the prison and hospital authorities while serving the fifth year of a seven-year sentence in İskenderun T Type Prison.

Forty-eight-year-old Kaplan, a father of two, was to be released under judicial supervision in four months.

His health records on the e-Pulse electronic database, seen by Turkish Minute on Wednesday, showed that Kaplan had been a victim of multiple cases of misdiagnosis and lack of proper treatment although he had been taken to İskenderun State Hospital a number of times.

According to the records, Kaplan’s condition deteriorated when he started losing weight back in May, after which he was taken to the hospital at least 10 times.

He lost his battle with cancer less than a month after the doctors came up with the correct diagnosis, which Kaplan’s family claims was made much later than it should have been because of the criminal neglect of both the prison and the hospital authorities.

“He was in a prison ward designed for 18 people with 23 others, unable to take care of himself during the last few months. It all happened in the presence of prison staff and state hospital doctors. Although he lost 30 kilos in three months, they didn’t do what was necessary to release him from prison. We want the neglect of the prison and hospital authorities in his death to be investigated so that justice can be served,” the family told Turkey’s Human Rights Association (İHD).

The association, which is investigating the claim that Kaplan died due to criminal neglect, said it will file a complaint against the authorities suspected of the neglect after the release of an autopsy report on the cause of death of the former police officer.

Petitions filed by the family, who argued that prison conditions were threatening Kaplan’s life because of his deteriorating condition, were not accepted by the prison authorities. The family also appealed for a stay of execution of his sentence three times, but it was also not granted by the authorities.

“You have committed another murder! How many cases of criminal neglect have we seen so far? Ahmet Kaplan had advanced lung cancer. He died behind bars. He was released in a coffin. Shame on you,” the lawmaker said in a tweet. According to İHD data, there are currently 1,605 sick prisoners in Turkish prisons, 604 of whom are critically ill. Those prisoners are not released despite most of them having forensic and medical reports deeming them unfit to remain behind bars.