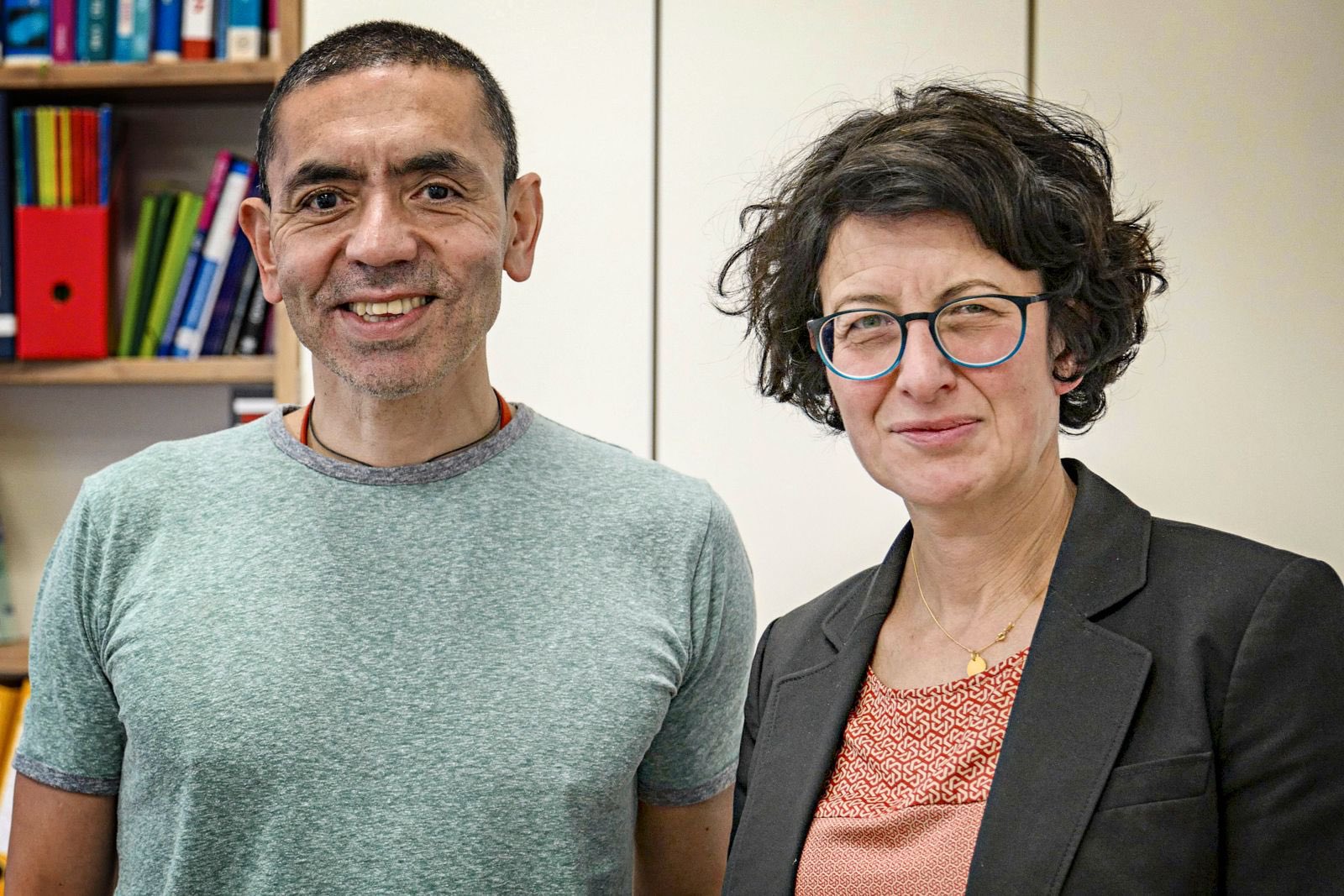 The coronavirus vaccine for which German pharma company BioNTech and its US partner, Pfizer, are on the verge of seeking emergency use authorization was developed by two married scientists from Germany’s Turkish community, DW Türkçe reported on Tuesday.

As a result of groundbreaking research, scientists Uğur Şahin and Özlem Türeci, who are also BioNTech’s CEO and chief medical officer, respectively, developed a vaccine against the coronavirus as part of a project named “Lightspeed” launched in mid-January.

As the project’s name suggests, it might take the researchers in the German city of Mainz only about a year to get their vaccine approved in the United States, while it usually takes eight to 10 years to develop one.

BioNTech and Pfizer plan to apply for emergency use authorization in the US in mid-November, and the pharma companies on Monday released data showing that the vaccine is 90 percent effective in creating immunity to COVID-19.

If these results stand, this would put the companies well ahead in the race for a vaccine, DW said.

Early in October, the European Medicines Agency started the approval process for the COVID-19 vaccine from BioNTech and Pfizer, and it is currently being tested in a study involving tens of thousands of participants, the EMA says. The interim results are also reportedly reviewed until there are sufficient findings to make a decision on approval.

Şahin was born in Turkey and moved to Cologne at the age of four with his mother to join his father, who worked for the Ford Motor Company. He studied medicine at the University of Cologne and worked there as a doctor of internal medicine, hematology and oncology for several years.

He then transferred to the Saarland University Medical Center, where he met Türeci, a medical student and the daughter of a doctor who had come to Germany from Istanbul. A lecturer at the University of Mainz, Türeci is considered a pioneer in cancer immunotherapy.

Şahin and Türeci sold Ganymed Pharmaceuticals, a biopharmaceutical company they set up in 2001 to develop immunotherapeutic cancer drugs, for €422 million ($498 million) in 2016. By then, they were already busy building BioNTech, a company that for the most part develops technologies and drugs for individualized cancer immunotherapies — none of which has yet made it to the approval stage.

Over 1,300 people from more than 60 countries currently work at BioNTech, founded by the couple in 2008. Şahin, who holds 18 percent of the company’s shares, is now among the 100 richest Germans because of its success.