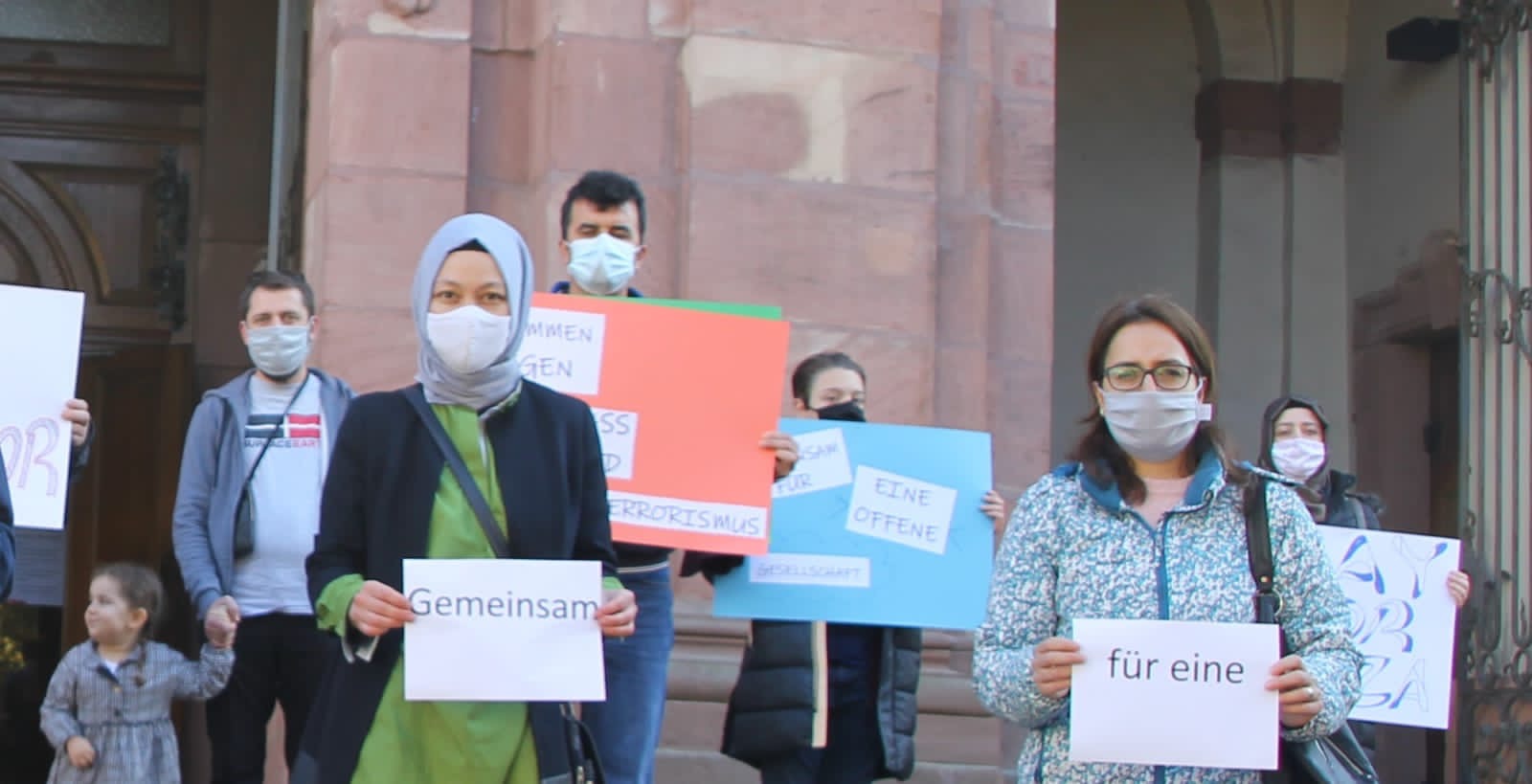 Muslim members of a non-profit organization in the German city of Rastatt lit candles, laid flowers and held a moment of silence in front of St. Alexander Stadtkirche on Saturday to pay tribute to the victims of a recent knife attack in Nice.

On Thursday a knife-wielding attacker killed three people near a church in the French city of Nice. French authorities described the act as “an Islamist terrorist attack.”

Die Brücke für den Dialog, a non-profit organization based in Germany that promotes broader interfaith and intercultural dialogue, organized the event under the slogans “Unity in the face of hatred and terror” and “Together, for an open society.”

“We strongly condemn the violence and are here to show that we are for peace,” the NGO’s chair, Hatice Özütürk, said at Saturday’s event.

Saying that their initial plan was to form a human chain to signal that they are the shield against any would-be attack against the Christian community but gave up on the idea to observe measures prompted by the pandemic, Özütürk added, “This savagery that took place in Nice is in no way reconcilable with Islam or any other religion.”

“I would like to thank you all for the solidarity you have expressed on behalf of the Rastatt Catholic community. We are all shocked by what happened in Nice, and we mourn the dead. As people of faith, we should always stand with the good and protect mutual love and respect,” Gia-Hoa Thomas Nguyen, who attended the event representing the church, said.