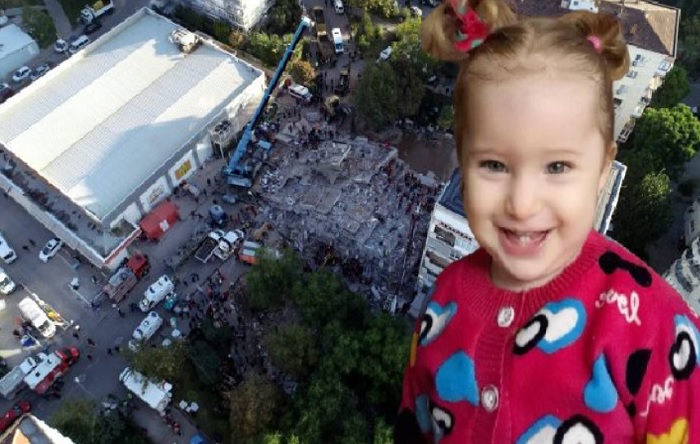 Search and rescue teams in the Turkish Aegean province of İzmir, hit by a powerful earthquake on Friday, pulled two girls, aged 3 and 14, from the rubble of two collapsed buildings on Sunday, according to Turkish media reports.

Elif Perinçek, 3, was taken out of a collapsed building 65 hours after the quake struck, while 14-year-old İdil Şirin was saved seven hours earlier.

Television footage showed the girls being pulled from the rubble and carried by rescue workers on stretchers to ambulances to the applause of people waiting anxiously around the buildings. Both girls sustained injuries and were being treated at a hospital.

Bahadır Kuş, head of the rescue team that pulled İdil from the rubble, told Turkish media outlets that İdil had been lying next to her sister, İpek.

“[When she was out] İdil said she had a sister and that she had died. … She watched her sister die,” Kuş said.

Elif’s two sisters and brother were rescued along with their mother on Saturday, but one of the children subsequently succumbed to their injuries.

Friday’s earthquake was centered in the Aegean Sea northeast of the Greek island of Samos. There was some debate over the magnitude of the temblor. While the US Geological Survey rated it 7.0, Istanbul’s Kandilli Institute put it at 6.9 and Turkey’s Disaster and Emergency Management Presidency (AFAD) said it measured 6.6.

The quake claimed the lives of 83 people, while 962 people were injured, according to a statement from a Turkish minister on Monday, who noted that 743 of the injured have already been discharged from the hospital.

Search and rescue work continue at eight buildings that collapsed in İzmir.

Turkey is crisscrossed by fault lines and is prone to earthquakes. Two powerful quakes killed some 18,000 people in northwestern Turkey in 1999.