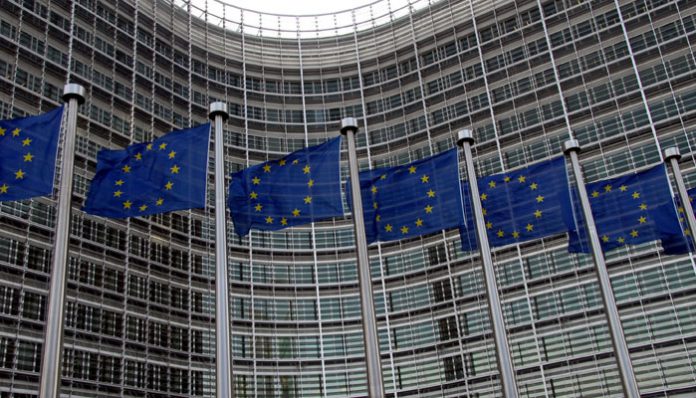 The European Commission (EC) has expressed serious concerns in its latest report on Turkey on the deterioration of democracy, the rule of law, fundamental rights and the independence of the judiciary, which continued after the lifting of a state of emergency in July 2018.

Released earlier in October within the framework of European Union enlargement policy, the “Turkey 2020 Report“ notes backsliding in many areas that include freedom of expression, freedom of assembly and association and protecting minority rights since the July 2016 coup attempt that led to the state of emergency.

Turkish President Recep Tayyip Erdoğan declared a state of emergency days after the 2016 coup attempt that killed over 250 people. More than 135,000 people, including police officers, military personnel, journalists, teachers, lawyers and judges, were dismissed from their jobs by way of decrees issued by the Justice and Development Party (AKP) government during the two-year state of emergency that ended in 2018.

“Certain legal provisions granting extraordinary powers to the government authorities and retaining several restrictive elements of the emergency rule have been integrated into law. Allegations of wrongdoing need to be addressed through transparent procedures and on an individual basis,” the EC said in the report

“The Turkish government’s repeated commitment to the objective of EU accession has not been matched by corresponding measures and reforms, and the EU’s serious concerns on continued deterioration of democracy, the rule of law, fundamental rights and the independence of the judiciary have not been addressed with further backsliding in many areas.”

“The EU’s biased, unconstructive and double-standard based stance is reflected in this year’s report,” the Turkish Ministry of Foreign Affairs said in a press release regarding the 2020 report on October 6.

“This year’s report continues to criticize Turkey by means of unfounded arguments, while still not referring to its own unfulfilled responsibilities and commitments.”

Saying that Turkey remained in an early stage and had made no progress in the fight against corruption, which is “widespread and remains an issue of concern,” the EC said accountability and transparency of public institutions in Turkey need to be improved.

The report also mentioned the situation in Turkey’s Southeast, where a large number of pro-Kurdish politicians elected in last year’s elections have been removed from office, with some of them arrested on terror charges.

“The replacement of 47 democratically elected HDP municipal mayors by centrally appointed trustees in the south-east put the results of the democratic process of the 31 March 2019 local elections into question. Arrests and dismissals of elected mayors and party representatives continued and seriously damaged local democracy,” the report said.

It was also underlined in the report that serious backsliding continued this year in Turkey’s judicial system, with concerns over the systemic lack of independence of the judiciary

“There are concerns that dismissals in the absence of respect for due procedures caused self-censorship and intimidation within the judiciary. Concerns regarding the lack of objective, merit based, uniform and pre-established criteria for recruiting and promoting judges and prosecutors persisted,” the EC said.

The deterioration of human and fundamental rights continued, the report emphasized, saying that measures introduced during the state of emergency remained in force and continued to have a profound and devastating impact.

The EC further underlined that restrictions imposed on the activities of journalists, writers, lawyers, academics, human rights defenders and critical voices have a negative effect on the exercise of freedoms and lead to self-censorship.

The report also mentioned allegations of torture and ill-treatment in Turkish prisons.

A petition written by one of the inmates infected with COVID-19 in Turkey’s Silivri Prison, where a large number of the political prisoners are kept, revealed that he spent the last 51 months behind bars, staying in a ward designed to hold only seven people, together with nearly 40 prisoners.

The inmate reported an extreme shortage of food and proper hygiene in the ward, saying: “We only receive seven rations of food for around 40 people. We only have two bathrooms and one kitchen sink, which creates tension between the prisoners who have to wait all the time to take care of their basic needs.”

“In light of the COVID-19 pandemic, a controversial legislative package provided for the conditional release of up to 90,000 prisoners. As of July, 65,000 prisoners had been released. However, it excluded those held in pre-trial detention for alleged terrorism-related offences, including lawyers, journalists, politicians and human rights defenders,” the EC added.

In the coming year, Turkey should release journalists, human rights defenders, lawyers, writers and academics being held in pretrial detention, ending the practice exercised by both state and non-state agents, of intimidating, interfering with and putting pressure on the media, the report also said.

Turkey again ranked 154th of 180 countries in the 2020 World Press Freedom Index prepared by Reporters without Borders (RSF). In May 2020 the OSCE representative on freedom of the media called on the Turkish authorities to urgently address and reverse current media freedom violations and pressure that journalists face.

“For the first time, the Turkish foreign ministry uploaded on its website for the Turkey-EU relations a commission report on Turkey in English. What is the reason behind the decision not to allow our citizens access to the Turkish translation of the 2020 report?” Özdemir asked.

The lawmaker also argued that the number of times the word “backsliding” has been used in the report throughout the years showed Turkey’s gradual movement away from EU human rights standards in the few last years.

A Turkish translation of the report was uploaded to the website soon after the parliamentary question.