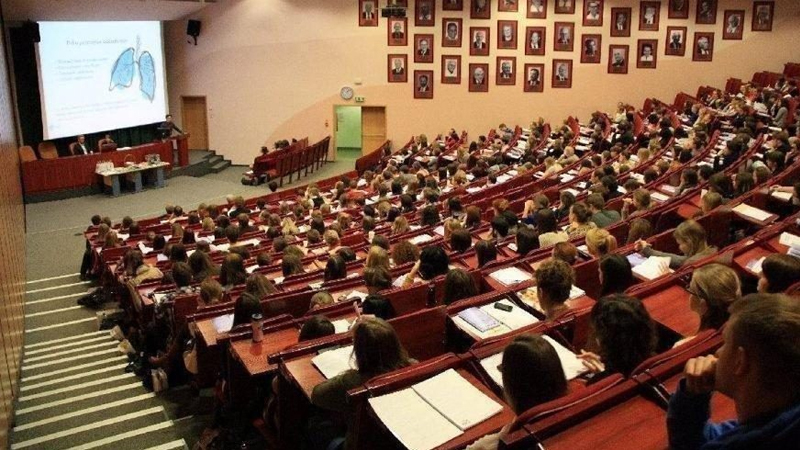 The Turkish government has announced plans to build universities exclusively for female students as part of its 2021 Presidential Annual Program, published in the Official Gazette on Tuesday, despite criticism from feminists and women’s rights activists.

The program, which was drafted by the Treasury and Finance Ministry and the Strategy and Budget Presidency, includes plans to establish women’s universities similar to Turkey’s gender-segregated imam-hatip religious schools.

Turkish President Recep Tayyip Erdoğan initially announced plans for women’s universities in July 2019 following his visit for the G-20 summit to Japan, where he was inspired by the large number — 80 out of a total of 800 — of universities for women only.

He called on the country’s top education watchdog, the Higher Education Board (YÖK), to start working on universities exclusively for female students.

President Erdoğan, who is often accused of interfering in the education system with the aim of instilling conservative-Islamic values more strongly in Turkey’s younger generation, argues that gender segregation in educational institutions will improve female students’ performance.

An ardent supporter of Turkey’s gender-segregated imam-hatip religious schools and a graduate himself, the president increased their funding by 68 percent in 2018, to reach $1.5 billion. While there were only 450 such schools in Turkey 17 years ago when Erdoğan first came to power as prime minster, today their total number exceeds 4,500.

Women’s rights activists and feminists, however, consider gender segregation more an act of discrimination. Many of them have been sharply critical of the Turkish president’s ideas on the issue, claiming that it is inappropriate to take Japan, of all countries, as a model for education reform since Japan is regarded as far from exemplary on issues of gender equality.

A 2020 Global Gender Gap Report by the World Economic Forum looking at global inequality between the sexes ranked Japan 121st out of 153 countries, with Turkey nine places behind.

The government in 2018 also attracted the criticism of women’s rights associations with a move to change the content of textbooks for the first, fifth and ninth grades in order to diminish women’s role in the workforce.

Erdoğan has also drawn ire for violating Turkey’s secular principles and limiting the civil liberties of women in his 17 years in power. He has called for every woman in the country to have three children and proposed limits on abortion rights, the morning-after pill and cesarean sections.

The president has also gone on record as saying that men and women cannot be treated equally as this “defies the laws of nature.”