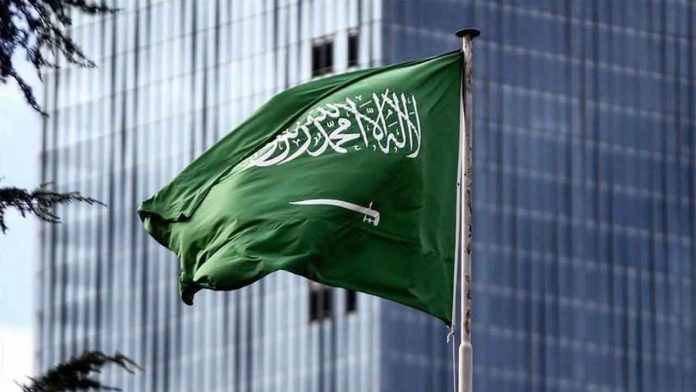 A months-long unofficial embargo imposed by Saudi Arabia on Turkish goods has gained momentum in response to what the head of a local chamber of commerce called the “continued hostility“ of Turkish President Recep Tayyip Erdoğan to “the Saudi country, its leadership and its citizens.”

The first call for a boycott of Turkish products had come from Ajlan Bin Abdulaziz Alajlan, chairman of the Riyadh Chamber of Commerce and Industry, on October 2.

“The boycott of everything Turkish, whether on the level of import, investment or tourism, is the responsibility of every Saudi trader and consumer,” Alajlan tweeted.

According to reports, import-related problems had already existed, such as a slowing down of customs procedures for products of Turkish origin, due to escalating tensions between the two countries since 2017. Alajlan’s statement was seen as a further step.

Alajlan’s remarks reportedly came in reaction to an implied threat made by Erdoğan. Speaking to the Turkish parliament on October 1 at the opening of the new legislative year, Erdoğan accused some Gulf countries of pursuing policies that were destabilizing the region.

“It should not be forgotten that the countries in question did not exist yesterday and probably will not exist tomorrow; however, we will continue to fly our flag in this region forever, with Allah’s permission,” Erdogan said at the time.

Further, Erdoğan last week paid an official visit to Qatar, Turkey’s only ally among Arab countries in the region, and reiterated his criticism of Gulf countries, implying in particular Saudi Arabia and the United Arab Emirates (UAE).

“Those who carry out negative propaganda about our [Turkish military] base are definitely not well-intentioned. Turkey’s military presence serves for the stability and peace not only of the brotherly nation Qatar but also of the whole Gulf,” Erdoğan told Qatari newspaper The Peninsula on October 8.

“[Erdoğan] said: ‘The Turkish army maintains the stability of the Gulf countries through Qatar.’ Therefore, I call on everyone for a complete popular boycott of Turkish products in order to preserve the stability and strength of Turkey’s economy,” the prince tweeted.

On Friday, Al-Othaim Markets Company, one of the biggest Saudi market chains, declared its support for the campaign on Twitter.

The boycott is seen by numerous experts to be supported by many Arab countries and to be effective on “all imports for made-in-Turkey products.” On October 12 Financial Times (FT) reported that Mango, a prominent Spanish fashion brand, was reconsidering its Turkish suppliers and looking into alternatives in the face of the boycott crisis.

The recent boycott shows that already-existing political tensions between Turkey and the Arab countries have started spilling over into trade, a move that influences all sectors and consequently the entire Turkish. Therefore, the Arab boycott has the potential to become more of an issue in Turkey as the country is still suffering from the results of a 2018 currency crisis that tipped the economy into another recession and wiped out almost 30 percent of the value of the lira. The Turkish lira hit a record low, at 7.7 against US dollar in September.

Maersk, the world’s largest container line, had already warned its clients in September about a likely disruption in the entry of products to Saudi Arabia.

Ties between Turkey and the Arab countries have been strained since 2017, when some countries, including Saudi Arabia, the UAE, Yemen, Egypt, Maldives and Bahrain, announced a severing of diplomatic ties with Qatar. They also imposed sanctions on Doha over its foreign policy. They have accused Qatar of links to the Muslim Brotherhood movement along with several other militant Islamist groups in the region and of having relatively good relations with Iran, the same accusations directed at Turkey.

Qatar was supportive of the Arab Spring, which first erupted in 2011 in Tunisia, with a view to ousting established regimes in Arab countries.

Since then, Turkey has backed Qatar, which faces a total blockade by Arab states. Turkey has also increased its number of troops in the Gulf country.