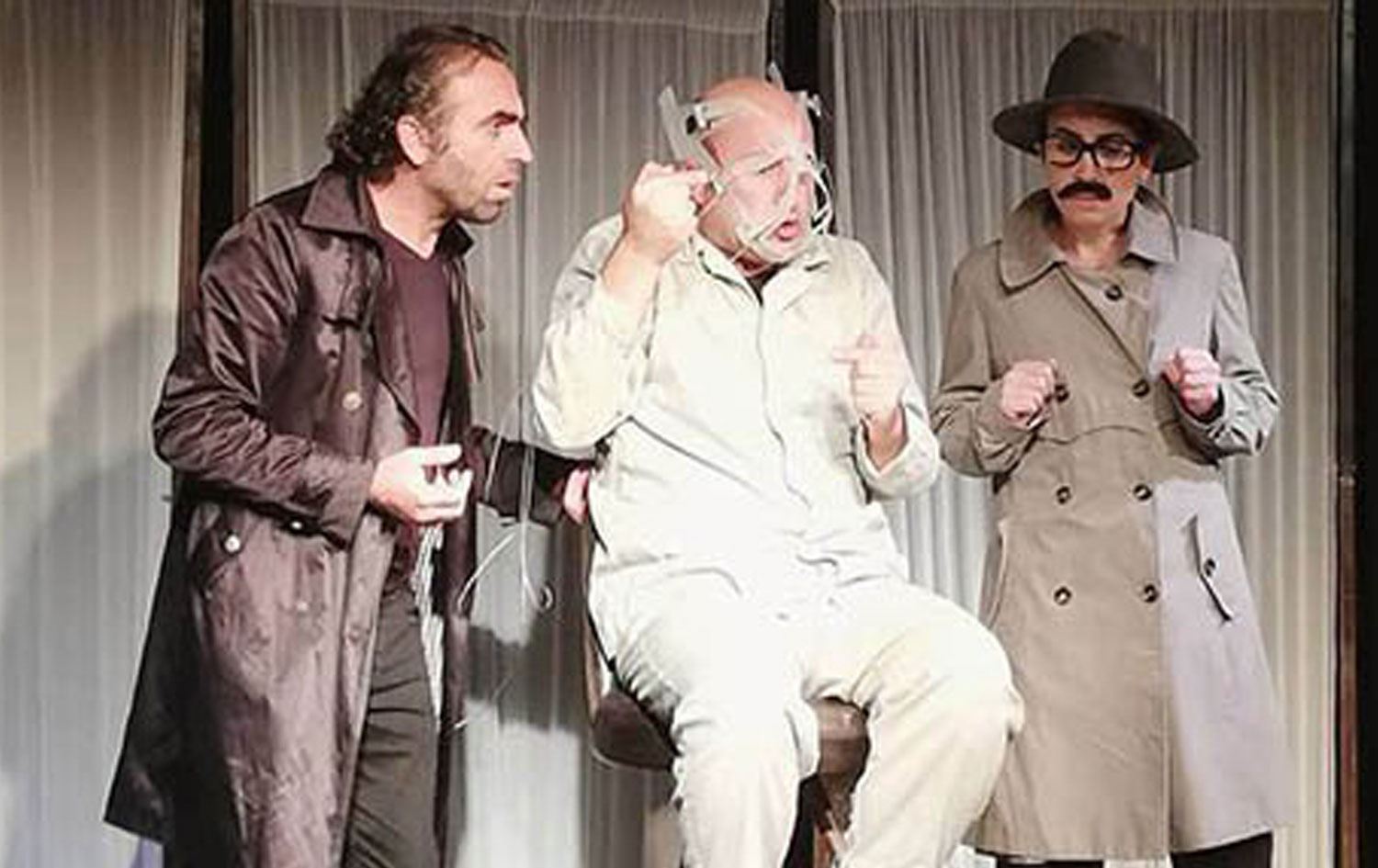 A district governor in İstanbul on Tuesday banned the performance of a Kurdish-language rendition of an Italian play at the state-owned Istanbul City Theatre, which would have been a first in the history of the 106-year-old institution, over alleged terrorism propaganda.

According to Turkish media reports, a notice banning the Kurdish-language play was served on Tuesday to the actors by Istanbul’s Gaziosmanpaşa district governor hours before curtain time.

Ömer Şahin, an actor from the TJN theater group, spoke to the Bianet news website regarding the ban, saying they would exercise their legal rights against the decision.

Şahin reminded that the European Court of Human Rights (ECtHR) had previously ordered Turkey to pay the TJN damages after the group took legal action over the banning of another one of their plays.

“The ban in question should be objected to not only by actors performing Kurdish plays, but also by others performing plays in other languages,” Şahin further underlined.

The district governor drew fire from opposition parties as the ban came after the İstanbul Municipality, held by the main opposition Republican People’s Party (CHP), had authorized the TJN to perform the play in Kurdish.

“It was not Dario Fo’s play that was banned. It was the ‘Kurdish’ rendition of it. So what’s banned is ‘Kurdish’ itself. This is sheer racism. This is a hate crime,” CHP official Eren Erdem tweeted.

The pro-Kurdish opposition Peoples’ Democratic Party (HDP) also criticized the ban in a written statement released on the party’s official website on Wednesday.

“We know the district governor plays a small part in this issue [of banning the play] and that the real order was given by the political power [the ruling Justice and Development Party (AKP)], which has developed the habit of ‘banning everything Kurdish.’ This shameful decision will go down in the history of theatre, and the coming generations will wonder how ‘the public order can be disturbed’ by a theatre play,” the statement read.

Responding to the criticism on Twitter, Istanbul Governor Ali Yerlikaya argued that the play had been banned “not for being in the Kurdish language, but for containing terrorist propaganda.”

The governor claimed the play would have disseminated propaganda for the outlawed Kurdistan Workers’ Party (PKK), a Kurdish group designated by Ankara as a terrorist organization that has waged a separatist insurgency against the Turkish state since 1984.

The Turkish government also accuses the pro-Kurdish HDP of having links to the outlawed PKK.

The CHP was able to defeat the governing AKP in a number of major cities, including Ankara and Istanbul, during the 2019 local elections, partly due to the support of Kurdish voters.

As part of its political strategy in Turkey’s west, the HDP in 2019 sat out the mayoral races in big cities and urged its supporters to cast strategic votes for the Nation Alliance, consisting of several opposition parties including the CHP.

Throughout most of the 20th century, successive governments have imposed outright bans on or suppression of the Kurdish language in Turkey.

Since an attempted coup against Turkish President Recep Tayyip Erdoğan and the AKP in July 2016, the government has shut down a number of Kurdish language institutes, dailies, websites and TV channels as part of a crackdown targeting the Kurdish political movement.

More than 80 politicians from HDP were recently detained, with 17 of them arrested earlier in October over the 2014 Kobane protests, six years after the events, as part of the AKP’s new crackdown on Kurdish politicians.

The protests were against what is seen by many as the Turkish government’s tacit approval of the Kobane siege in 2014, when Islamic State in Iraq and the Levant (ISIL) militants laid a prolonged siege to a Kurdish town in northern Syria.