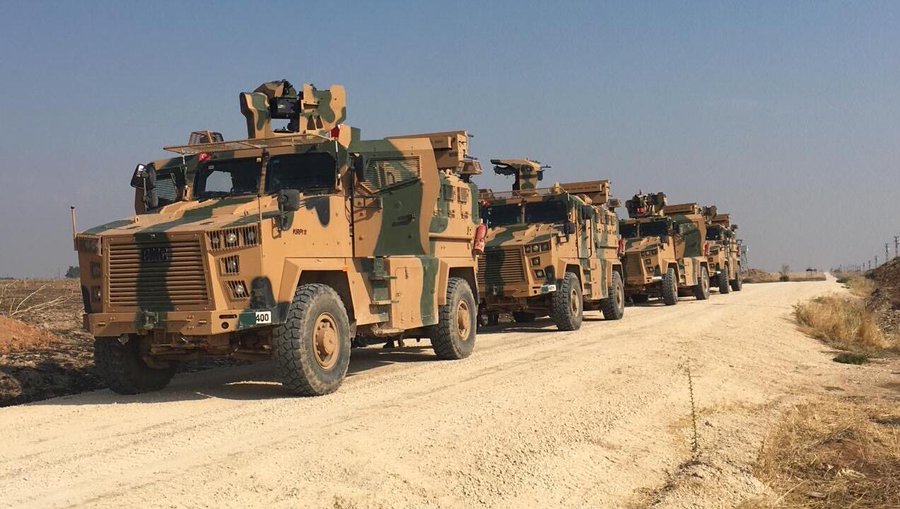 Turkish forces have blocked Syria’s Latakia-Aleppo highway (M4), near the town of Muhambel in northwestern Idlib province, with Turkish troops reportedly on high alert in the area, the Syrian Observatory for Human Rights (SOHR) reported on Monday.

Turkish forces, who have been patrolling the area with their Russian counterparts after an agreement in March that followed a bloody conflict between Ankara and Damascus, are expected to patrol the M4 highway alone, according to the SOHR report.

The entry of Turkish columns in northwestern Syria has escalated in the past few days, with at least 160 vehicles and trucks crossing into Syrian territory in the last 48 hours through the Kafr Lusin border crossing in northern Idlib, SOHR said.

According to the war monitor’s figures, from February 2, when Turkey decided to intervene against Damascus’ Idlib offensive, to date, more than 10,305 trucks and military vehicles have entered Idlib from Turkey, including tanks, personnel carriers, armored vehicles, mobile bulletproof guard booths and military radar.