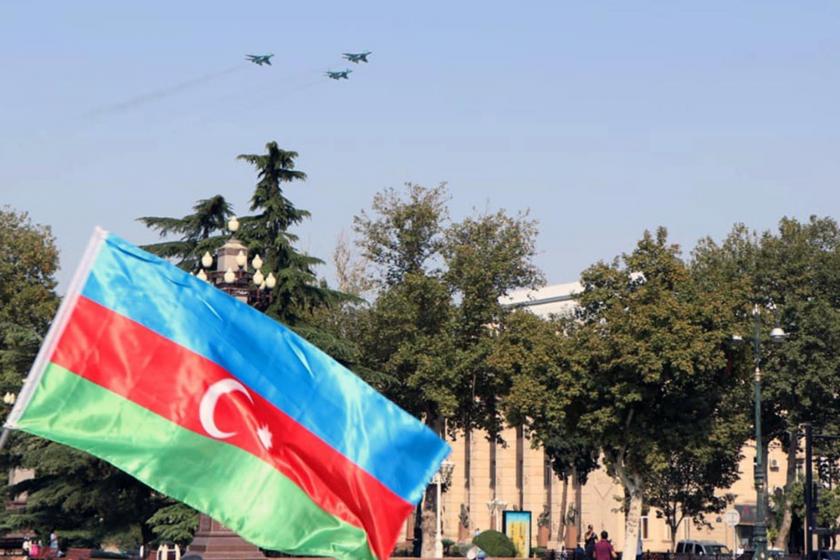 The green light given by Turkish authorities for Turkish nationalists to hold demonstrations in front of the Armenian Patriarchate in Istanbul is a provocation, an Armenian-Turkish opposition lawmaker said on Monday.

“It is a provocation [by Turkey’s ruling Justice and Development Party (AKP) government] to allow for such a demonstration on the street where the Armenian Patriarchate is located. I call on the government to take the necessary measures for our patriarchate and [Armenian] institutions. The result of hate speech is hate crime. Put an end to the politics of hate!” the deputy said on Twitter, also sharing a video of demonstrators.

The video showed protesters waving Azerbaijani and Turkish flags and chanting slogans in a convoy of cars on the patriarchate’s street in Istanbul’s Kumkapı neighborhood.

A group of Turks and Azeris were allowed to stage the protest following an outbreak of conflict on Sunday between Armenia and Azerbaijan.

At the end of a state of emergency in July 2018, Turkey’s governors were granted the authority to implement emergency practices for three years. The governors have frequently used their new powers to restrict and disperse opposition meetings and demonstrations in the country.

Istanbul’s governor has attracted fire from critics as he failed to exercise this power to prevent such a risky and provocative protest.

“Many Armenian immigrants live In Kumkapı. I think what they [the protestors] did was to threaten them [the Armenian residents rather than the patriarchate]. This is very dangerous!” said Robert Kopbaş, former editor-in-chief of the Agos newspaper, which is published in Turkey in both Turkish and Armenian.

Ömer Faruk Gergerlioğlu, an HDP deputy and human rights activist, also questioned the approval for the demonstration granted by Turkish authorities, asking whether the AKP government was planning for “new September 6-7 incidents.“ The lawmaker was referring to the 1955 İstanbul pogrom against minorities, including Greeks, Armenians and Jews.

In response to reactions from critics, AKP spokesperson Ömer Çelik said in a series of tweets that they would not let Turkey’s Armenian citizens be threatened.

Several attacks have targeted the Armenian community in Istanbul over the past three months. The door of an Armenian church was torched, and a crucifix was removed. A threatening letter was also sent to the Hrant Dink Foundation, which was established in 2007 following the assassination of Hrant Dink, the founder of the Agos weekly.

Dink was assassinated in front of the newspaper building on January 19, 2007 when a similar nationalist rhetoric in the country was on the rise. The perpetrator was a nationalist youngster with reported links to the then-alleged Ergenekon terrorist organization.

Last July the Istanbul 4th High Criminal Court acquitted all 235 Ergenekon suspects of “forming and managing, membership of, or aiding and abetting an armed organization,” declaring that no such an Ergenekon terrorist organization existed.

Meanwhile, in the early hours of the recent clashes between Armenia and Azerbaijan, Turkish President Recep Tayyip Erdoğan declared unconditional support for Baku, labeling Armenia “the biggest threat to peace in the region.”

The Armenian ambassador to Russia claimed that Turkey had sent around 4,000 jihadists from northern Syria to Azerbaijan amid fighting over the breakaway region of Nagorno-Karabakh, according to a report on Monday by the Interfax news agency. Azerbaijani and Turkish authorities denied the allegations.

Similarly, in June, Turkey was accused of sending its ally Syrian fighters to Libya where a civil war has been ongoing for several years. The international community has been calling on Turkey for months to stop interfering in Arab affairs.