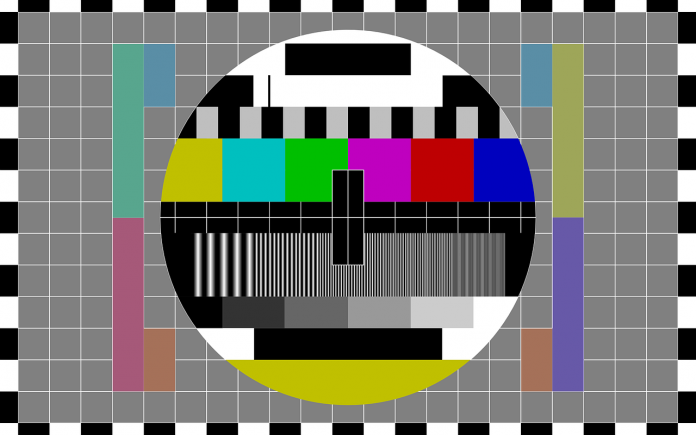 Halk TV, one of the few television stations in Turkey that is critical of the government, has been slapped with a five-day broadcasting ban over an anchor’s criticism of Turkish foreign policy, local media reported on Monday.

The Supreme Board of Radio and Television (RTUK), which monitors, regulates and sanctions radio and television broadcasts, temporarily halted the channel’s broadcasts as of Monday due to criticism voiced by anchorwoman Ayşenur Arslan during the “Medya Mahallesi” program on June 16.

The anchorwoman’s criticism of foreign policy pursued by the ruling Justice and Development Party (AKP) government was interpreted as violating regulations governing the media.

The ban was reportedly based on Article 8 of Law No. 6112 on the Establishment of Radio and Television Enterprises and Their Media Services, which reads: “Media services shall not act contrary to the existence and independence of the State of the Republic of Turkey, the indivisible integrity of the State with its territory and nation, or the principles and reforms of Atatürk.”

Halk TV faces the loss of its broadcasting license if it is penalized again under the same provision within a year.

“The censorship imposed on Halk TV is a typical indication of [how bad] the situation is that the country is in. We are at the point where words fail,” Suat Toktaş, the channel’s chief editor, was quoted by the BirGün daily as saying.

Toktaş said the AKP was dreaming of an atmosphere without any opposing voices and an environment in which dissidents cannot breathe.

“That’s why all the democrats [in the country] must increase their solidarity,” he added.

Similar bans had been imposed on Halk TV earlier this year.

Turkey’s media watchdog is an independent institution according to the law. However, its independence has been questioned by many, including some of its members. Its board is composed of nine members, with five appointed by the AKP and four by opposition parties.

RTUK imposed 1,329 sanctions in the first nine months of 2019, according to its own statistics.

In the aftermath of a coup attempt in Turkey on July 15, 2016, 165 media outlets were shut down in a single day through a decree issued during a subsequent state of emergency. According to the TurkeyPurge website, a total of 189 media outlets have been closed down.

Hundreds of media workers are facing investigation and trial, while at least 93 of them are still behind bars, mostly on terrorism-related charges or convictions, according to a statement by the Media Freedom Rapid Response (MFRR), a Europe-wide mechanism that tracks, monitors and responds to violations of press and media freedom in EU member states and candidate countries.

Since the failed coup, an ever-increasing crackdown on critics of Turkish President Recep Tayyip Erdoğan has mostly targeted pro-Kurdish activists and followers of Fethullah Gülen, a US-based cleric living in exile who is accused by Ankara of masterminding the coup. Gülen denies any involvement in the abortive putsch.

Under Erdoğan’s presidential system, the watchdog’s power has been expanded to include the monitoring of online content providers, which has led to digital censorship.

Following insults on Twitter targeting his daughter and son-in-law, Erdoğan announced on July 1 that his government was drafting a bill to either control or completely shut down social media in the country.