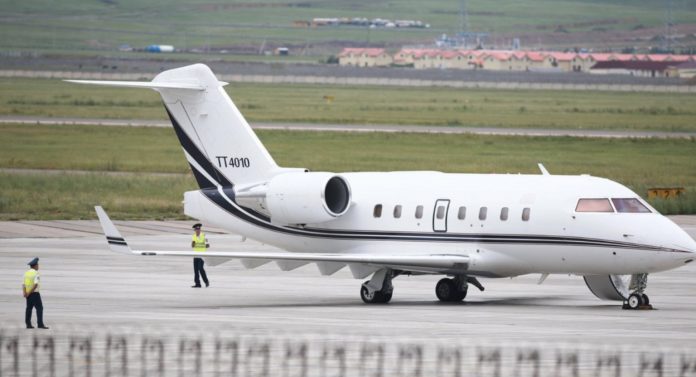 An Ankara-based aviation company owns the aircraft used in alleged renditions of Turkish dissidents by the country’s National Intelligence Organization (MİT), according to an investigative report by Nordic Monitor published on Friday.

The report states that the aircraft were used in secret rendition flights from abroad, with Turkish intelligence orchestrating the abduction of opponents and critics of President Recep Tayyip Erdoğan.

The Bombardier Challenger with tail number TT4010 was exposed in a rendition attempt in Mongolia when the country’s vice minister of transportation tweeted pictures of the aircraft waiting on the runway to take Turkish citizens allegedly linked to the Gülen movement back to Turkey.

Turkey accuses the Gülen group, a faith-based network inspired by Muslim cleric Fethullah Gülen, of orchestrating a failed coup in 2016 and designates the group as a terrorist organization.

The other Bombardier had been sighted in Pristina during the rendition of six Turkish citizens who were jailed after their return to Turkey in a joint extralegal operation of both countries’ spy agencies that breached 31 laws and regulations, according to the Kosovar parliament.

The front company that owns the private aircraft is operated by Turkey’s spy agency, MİT, according to the Nordic Monitor investigation.

After the scandals, MİT changed the name of the front aviation company, on January 17, 2019, to Mavi Başkent from its original name of Birleşik İnşaat Turizm Ticaret ve Sanayi A.Ş., listed as a construction, tourism and trade firm on paper, according to Nordic Monitor.

Its location was changed on December 23, 2019 to an office address in Çankaya (Meşrutiyet Mahallesi Meşrutiyet Cad. Menderes İş Hanı Apt. No: 9/5) from an office in Yenimahalle (Gayret Mahallesi, Ivedik Caddesi Ahmet Hamdi Sokak No:61), where it was originally located on the compound of MIT headquarters.

According to official trade registry records dating from June 26, 2020, an association established to support MİT operatives called the Foundation for Social Security and Solidarity for National Intelligence Organization Personnel (MİPVAK) owns the Mavi Başkent company. Both MİPVAK and Mavi Başkent are located at the same address in the Turkish capital.

Nordic Monitor delves into details about the members of the executive board and claims that some of them are MİT operatives.

Critics view Turkey’s efforts to bring alleged Gülenists back home as a global threat, as the country’s officials publicly boast about the numbers and vow to apprehend Gülen followers “wherever they are.”