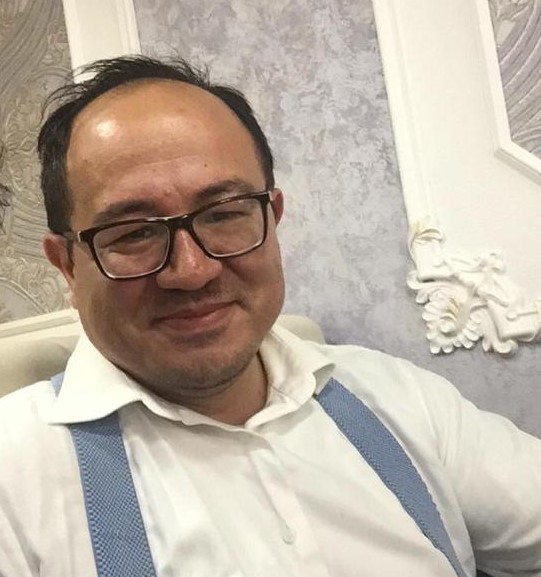 Muaz Türkyılmaz, a 47-year-old businessman and citizen of Turkey, was arrested in Panama two weeks ago because he was wanted on a Red Notice issued in Turkey.

Türkyılmaz is accused of membership in the Gülen movement, a religious group inspired by Muslim cleric Fethullah Gülen. Since Türkyılmaz’s arrest, his family and human rights activists in Panama have been engaged in efforts to prevent his extradition to Turkey.

Usame Türkyılmaz, the brother of Muaz Türkyılmaz, who lives in Belgium, requested that Panamanian authorities not extradite his brother. He highlighted that his brother would be tortured and spend years in prison if he were to be returned to Turkey.

The Turkish Ministry of Foreign Affairs has listed three accusations against Muaz Türkyılmaz in documents sent to Panama: making donations to Kimse Yok mu, an aid organization affiliated with the faith-based Gülen movement; having an account at a bank allegedly affiliated with Gülen; and downloading ByLock, a mobile phone application similar to WhatsApp.

Some 30,000 people have been arrested in Turkey on these accusations. However, Türkyılmaz’s lawyers appealed to a Panamanian court and stated that the three accusations are not crimes according to universal principles but trumped-up political charges and that Turkey’s demand for extradition was unlawful.

The petition to the court emphasized that donating to charities, having an account at a Gülen-linked bank and downloading ByLock from Google Play cannot be considered crimes.

However, Turkey has identified users of the ByLock app and launched investigations into them on accusations of “membership in a terrorist organization.”

His brother was deported

Usame Türkyılmaz explained what he had experienced in Turkey to Turkish Minute.

“I was arrested after being extradited to Turkey. Prison conditions were very bad. Although I said I had diabetes, they didn’t give me my injections. There was very little food. We were not allowed to buy clean drinking water even with our own money. I am still dealing with health problems that arose while I was incarcerated. I lost 30 kilos during my detention. I still have scars on my body. Although two-and-a-half years have passed, I’m afraid when I see the police. While in jail, a police chief died due to the prison conditions, which were very bad. If Panama sends my brother back, he will experience the same things. Maybe he will be tortured. I cannot predict how many years he will be in prison. There is no such thing as a fair trial in Turkey.”

Usame Türkyılmaz left Turkey illegally after his release and is now a refugee in Brussels.

In isolation for 14 days

Muaz Türkyılmaz was kept in isolation as part of COVID-19 measures after his arrest. While the Turkish Embassy has advocated for the extradition of Türkyılmaz, his lawyers have appealed to the court for his release.

More than 100 Gülenists have been deported to Turkey

As a result of President Recep Tayyip Erdogan’s tough policies against Gülenists, more than 100 Turkish nationals have been brought back to Turkey from various countries around the world. Turkey’s National Intelligence Organization (MIT) has transported more than 100 Gülenists to Turkey from countries including Kosovo, Montenegro, Saudi Arabia, Pakistan and Somalia. The deportations were generally unlawful. However, European countries and the United States have refused to deport or extradite Gülenists on grounds that the evidence is not criminal.

Some of the Gülenists taken to Turkey have claimed that they were tortured by MIT. Zabit Kişi and Mesut Kaçmaz, abducted from Kazakhstan and Pakistan, respectively, testified in court about the brutal torture they suffered, including beating, electrical shock, food deprivation, dehydration, confinement in torture boxes where they couldn’t move, sleep deprivation, exposure to extreme cold or extreme heat and being hung from the arms or legs.