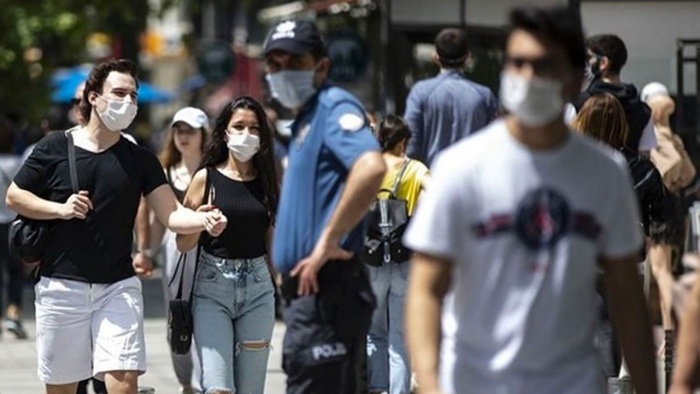 According to daily data published by the Health Ministry, in the last few days Turkey’s capital of Ankara has experienced double the number of new COVID-19 cases detected in Istanbul, the country’s largest city, despite having a third of its population.

“Ankara has become Turkey’s Wuhan. A 10 to 14-day curfew should be immediately imposed. Intensive care units are at risk of reaching capacity,” Professor Mustafa Cankurtaran, a physician from Hacettepe University, one of the country’s top-tier colleges, said on Thursday.

The country’s health minister, Fahrettin Koca, was the first to draw attention to Ankara’s extraordinary situation.

”Right now, Ankara is the city with the most cases in Turkey. [The city] has double the cases of Istanbul,” Koca said on Wednesday.

“Compared to the period between March and May, the new cases are clinically more serious. The level of transmission is higher than during the first stage of the pandemic,” Arhan said.

How did Ankara become Wuhan?

Koca identified crowded weddings as the reason for the increase in the number of cases in Ankara. The city is known for its traditional and packed marriage ceremonies.

Others pointed to the increased number of travelers during the Eid-el Adha holiday and to the crowded rest and service areas in and around the city as the primary catalysts.

Professor Levent Akın and Professor Pınar Okyay, two members of a scientific committee set up to observe the pandemic, say the main reasons for the unusual increase in cases in Ankara are the traffic attracted by the public offices centered in the city and the high number of rest stops around the city where travelers from all over Anatolia stop to take a break.

According to Ali Karakoç, head of the Ankara Medical Chamber, the picture is darker than the official numbers show, the Cumhuriyet daily reported last week.

“We have some COVID patients with respiratory difficulties who cannot find a hospital bed,” Karakoç said.

According to Ankara Medical Chamber figures, the number of infected healthcare professionals in Ankara stands at 720.

“They announced a warning yesterday and wanted us to use N95 protective masks for three days. Normally, these masks are to be used for 12 hours. We used to change them every day, but now they tell us that we are going to get one every three days,” a doctor who spoke to the Birgün daily on the condition of anonymity said.

Health Minister Koca maintains that there is no problem in healthcare services in Turkey.