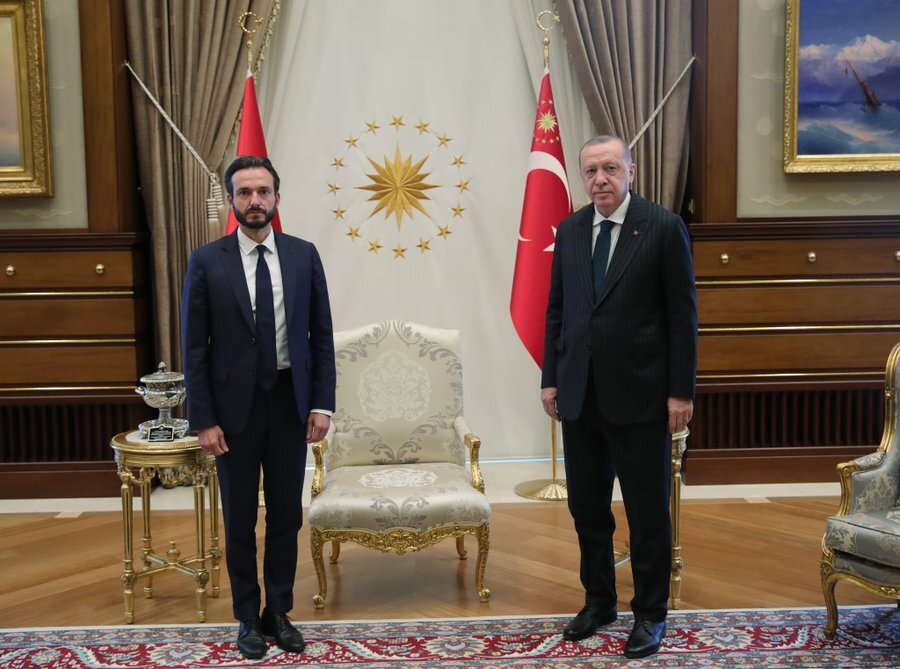 Spanó is the first ECtHR president to pay an official visit to Turkey, the government of which is a party to more than 16 percent of the cases before the Strasbourg court.

The announcement of the visit by Spanó to President Erdoğan sparked anger among dissidents, who chastised the ECtHR president for legitimizing Erdoğan’s unchecked rule.

Twitter was abuzz with angry reactions to the news.

“Turkish Government will always be thankful to  @ECHR_CEDH #Spano for his ‘kiss of life’ comes just after Erdoğan’s call for stricter laws on Turkish lawyers,” tweeted Can Dündar, a Turkish journalist in exile who survived an assassination attempt before fleeing the country.

“Every picture tells a story. This one, featuring Robert Spano, the president of the European Court of Human Rights (ECHR) with # Turkey’s President, explains why the rights court has failed Turks who sought justice at ECHR after #Erdogan dismantled the rule of law, jailed judges,” Abdullah Bozkurt, another critical journalist in exile, said on Twitter.

“This photo will leave a stain on the history of the ECtHR and Mr. Spano’s career that will be impossible to clear,” Hasan Dursun, a dismissed prosecutor who previously called on the judge to cancel his visit to Turkey in a video statement, tweeted.

Earlier in the day, the ECtHR president met with Justice Minister Abdülhamit Gül and gave a lecture to prospective Turkish judges and prosecutors at the country’s Justice Academy.

The lecture also has sparked criticism as Spanó suggested that the European Convention on Human Rights (ECHR) would be better implemented with the training of judges at the national level.

Spanó also met with Zühtü Arslan, the chair of the country’s top court, who was harshly criticized by the opposition back in 2017 over a photo with Erdoğan, where he seemed to bow his head in deference as he greeted the president.