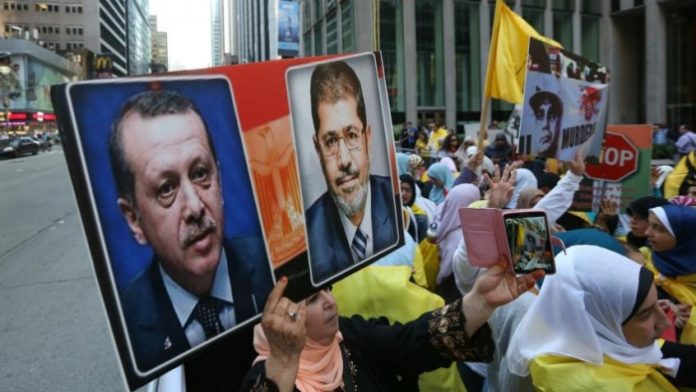 A report on the Turkish government’s ties to the Muslim Brotherhood has estimated the majority of the Egyptian community living in the country are loyal to the movement, according to the national.ae news website.

The New Century Foundation report said that as many 30,000 Egyptians were living in Turkey and that most were being given shelter by the government of President Recep Tayyip Erdoğan.

While the exact number of Egyptians in Turkey is not detailed in official statistics, the report quoted an İstanbul-based opposition leader as saying 20,000 Egyptian Muslim Brotherhood members lived on Turkish soil.

Among the high-profile members sheltering in the country was Medhat Al Haddad who, according to the report, “the Egyptian government is accusing of heading the financial committee of the movement in Turkey.”

The 2013 collapse of the Muslim Brotherhood government in Cairo spurred many Egyptians now residing in Turkey to leave their homeland.

The development was seized as an opportunity by Erdoğan and his closest aides to bring his party into closer alignment with the Muslim Brotherhood, according to the report written by Abdelrahman Ayyash, an Egyptian researcher in Washington, D.C.

In Ayyash’s view Muslim Brotherhood members had embraced Erdoğan as a “political mentor and close ally.” At the same time the trend of “provincialization” of the Muslim Brotherhood towards home country concerns had reversed and along with it an emphasis on internal critical thinking towards “emotional discourse.”