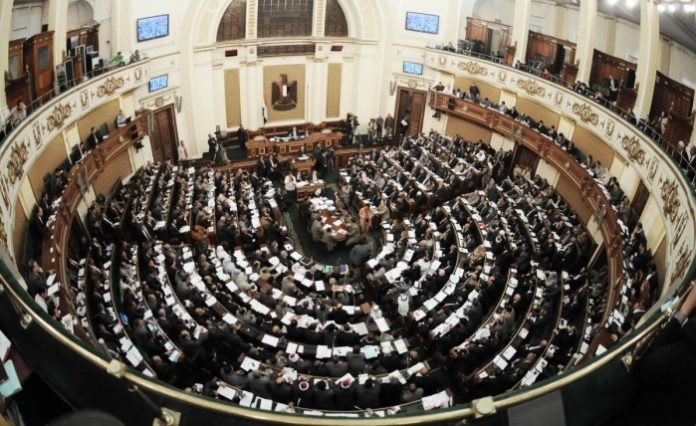 The deal, signed earlier this month, angered Turkey, which vowed to resume its disputed oil and gas exploration in the eastern Mediterranean.

The Egyptian-Greek move was widely seen as a response to a disputed agreement between Turkey and Libya’s Tripoli-based administration that spiked tensions in the east Mediterranean region.

The Turkey-Libya deal was widely criticized by Egypt, Cyprus and Greece as an infringement on their economic rights in the oil-rich sea. The European Union says it’s a violation of intentional law that threatens stability in the region.

The MENA news agency reported that the Egypt-Greece deal has established “partial demarcation of the sea boundaries between the two countries and that the remaining demarcation [will] be achieved through consultations.”

Egypt’s Parliament Speaker Ali Abdel-Al called the deal “very significant” and said it was “in line with international law.”

He said the agreement with Greece comes amid tensions in the east Mediterranean region and “attempted provocations by some countries.” He was apparently referring to Turkey, which stands on the opposing side in Libya’s years-long conflict that has turned into a proxy war.

Following the Aug. 6 deal, Turkey deployed a seismic research vessel to prospect for potential oil and gas reserves in waters that Athens claims are located over Greece’s continental shelf.

That led Greece to place its armed forces on high alert and send warships to the spot, demanding the Turkish vessels’ withdrawal. The Greek and Turkish navies have been engaged in a game of brinkmanship in waters between the Greek island of Crete, Cyprus and Turkey.

Turkey has accused Greece of trying to exclude it from the benefits of oil and gas finds in the Aegean Sea and eastern Mediterranean. It argues that Greek islands should not be included in calculating maritime zones of economic interest — a position Greece says contradicts international law.

Greece has around 6,000 islands and smaller islets in the Aegean and Ionian seas, more than 200 of them inhabited.

At the signing ceremony in Cairo, Egypt’s Foreign Minister Sameh Shukry said the deal “allows Egypt and Greece each to move ahead with maximizing their benefits from resources available in this exclusive economic zone, namely promising oil and gas reserves.”

Greek Foreign Minister Nikos Dendias hailed the deal as “an exemplary agreement,” saying “it is the complete opposite of the illegal, invalid and legally nonexistent memorandum of understanding between Turkey and Tripoli.”