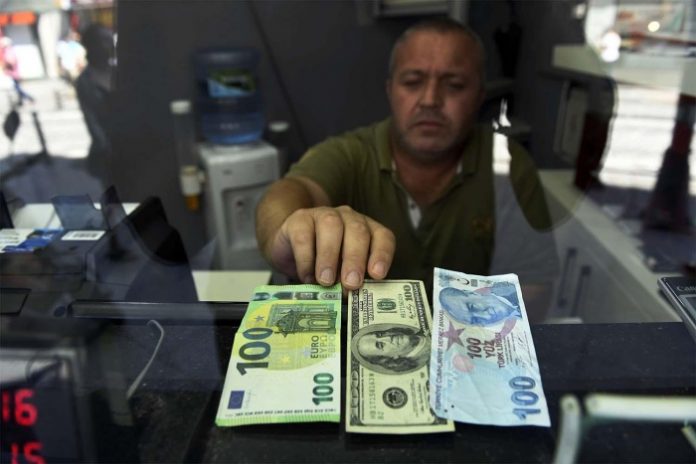 Turkey’s lira fell to a new record low against the US dollar on Monday, as investors weighed up tightening steps by the central bank and looked ahead to this week’s rate-setting meeting, according to Reuters.

While expectations of a formal rate hike to stem the lira’s decline has increased, the central bank has so far used back-door measures to raise the cost of funding, including liquidity steps and directing lenders to borrow at a higher rate.

The bank’s weighted average cost of funding stood at 9.06 percent as of Friday, compared to a low of 7.34 percent on July 16.

The central bank’s tightening steps are important for the lira, which has not fallen as rapidly as it did during the currency crisis of 2018, a banker from a commercial lender’s treasury department said.

The central bank will announce its rate decision for August on Thursday. Some analysts expect the bank to raise its policy rate, while others expect it continue tightening policy through liquidity steps instead of a formal hike.

President Recep Tayyip Erdoğan said on Friday he would convene his economic council to discuss developments. He said Turkey had faced such attacks before and was on “solid ground.”