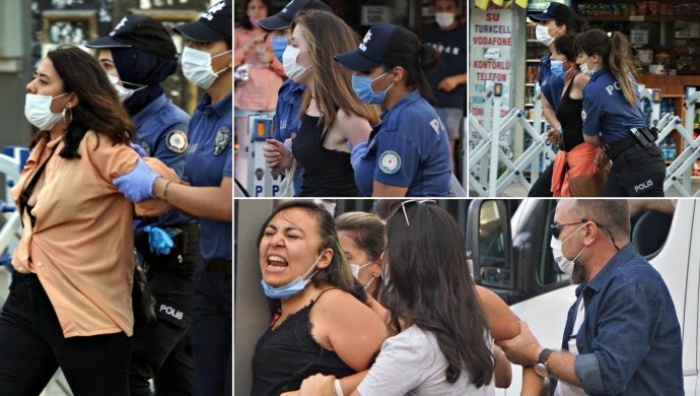 The detainees were later released without any charges, the Turkish media reported.

Reuters television video showed around a hundred protesters in the streets of the capital city of Ankara demanding better implementation of the Council of Europe’s İstanbul Convention.

Scuffles broke out between police and protesters as security forces blocked the road and asked the women to disperse, the video showed.

Despite signing the İstanbul Convention in 2011, Turkey had 474 femicides last year, double the number in 2011, according to a group that monitors the murders of women.

Many conservatives in Turkey say the pact, ironically forged in İstanbul, encourages violence by undermining family structures. Their opponents argue that the deal, and legislation approved in its wake, need to be implemented more stringently.

The ruling Justice and Development Party (AKP) is expected to soon announce a decision on whether to remain in the accord or withdraw.