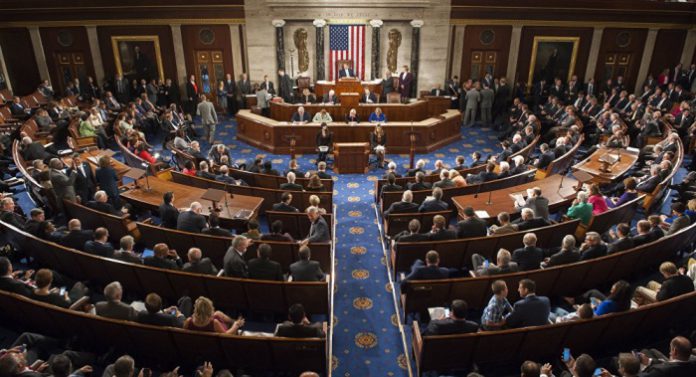 Four key members of Congress, either individually or collectively, have quietly frozen all major US arms sales to Turkey for nearly two years in a move to pressure Ankara to abandon its Russian-built S-400 air defense system, Defense News has learned.

The legislative action, which has not been previously reported, is another sign of the deeply fractured relationship between the two NATO allies, a disruption that has already led to Turkey’s expulsion from the F-35 joint strike fighter program.

While it is unclear exactly how many potential sales have been held back, at least two significant deals are in limbo: a follow-on contract for F-16 structural upgrades and export licenses for US-made engines that Turkey needs to complete a $1.5 billion sale of attack helicopters to Pakistan. Historically, the United States is the largest exporter of weapons to Turkey.

When Congress holds up sales of major weapon systems like tanks, planes and ships, it is typically meant to rebuke a country’s specific military or political actions, such as when lawmakers attempted to block sales to Saudi Arabia and the United Arab Emirates in 2019. But freezing arms sales is a diplomatic tool that the United States hasn’t used against Turkey since 1978, after the Turkish military invaded Cyprus.

Defense News learned of the situation from a half dozen sources in Congress, the administration and the defense industry, all of whom requested anonymity because of the sensitivities involved.

Senate Foreign Relations Committee Chairman Jim Risch, a Republican from Idaho, and House Foreign Affairs ranking member Rep. Mike McCaul, a Republican representing Texas, acknowledged they are part of the freeze after they were contacted by Defense News.

The two other lawmakers who can sign off on foreign military sales ― House Foreign Affairs Committee Chairman Eliot Engel, a Democrat representing New York’s 16th congressional district, and Senate Foreign Relations Committee ranking member Sen. Bob Menendez, a Democrat from New Jersey, are also part of the hold, according to multiple Capitol Hill sources. Neither would comment for this story.

“There is serious concern over [Turkey’s purchase of the S-400] in both parties and in both chambers on the Hill, and until the issues surrounding this purchase are resolved I cannot and will not support weapon sales to Turkey,” Risch said in an email to Defense News.

Traditionally, during the arms sales process, the chairmen and ranking members of the Senate Foreign Relations Committee and House Foreign Affairs Committee — the so-called “four corners” — are granted an opportunity to dissuade the US State Department from approving arms sales to foreign governments on an informal basis. The lawmakers have used that notification period to block sales from moving forward, but they consider such deliberations sensitive and rarely speak publicly about them.

Engel has refused to sign off on military sales to Turkey since mid 2018, while Risch has maintained his own hold since Turkey officially took possession of the S-400s in July 2019, according to multiple congressional sources. McCaul doesn’t have a blanket hold, and has, at certain points, signed off on sales specifically in support of NATO operations.

Two sources with ties to major defense primes said they had not seen evidence of a full-scale lobbying push from industry to clear the way for these deals, which include new sales and the renewal of existing contracts typically viewed as routine.

Instead, an unspoken consensus exists among contractors to wait out the holds until tensions between the United States and Turkey cool, or until new policymakers in either a Biden or second Trump administration shift the White House’s willingness to work with Turkey.