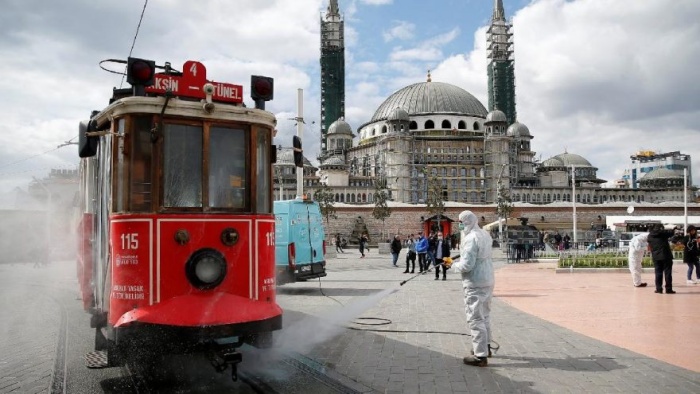 Turkish authorities are weighing a return to stricter coronavirus measures by mid-September if the current trend continues, with more than 1,000 new cases of COVID-19 a day, the Ahval news website reported.

The office of the president is coordinating efforts by the health and interior ministries, which are devising a new strategy to combat the coronavirus, which was first seen in the country on March 11 and which resulted in strict lockdowns from April to June, the Hürriyet newspaper said on Tuesday.

Some public hospitals will again be designated pandemic hospitals, where their intensive care units and medical staff will be isolated from the rest of their operations, according to the new strategy.

Other measures similar to those implemented in April could follow, Hürriyet reported, including weekend lockdowns and curfews for the elderly and the very young. Many businesses and production plants were shut down.

“We will see public pressure increase,” Hürriyet quoted an unnamed official as saying. The ministries will “try to raise awareness” among the population until Sept. 15, after which “new rules could be on the agenda,” he said.

“Everybody will be back at their jobs and schools by then, so they will take warnings more seriously.”

The official told Hürriyet that Turkish society “will be psychologically ready for it then.”

“The authorities don’t want to halt the economy. So the epidemic doesn’t halt, either,” Saltık said.