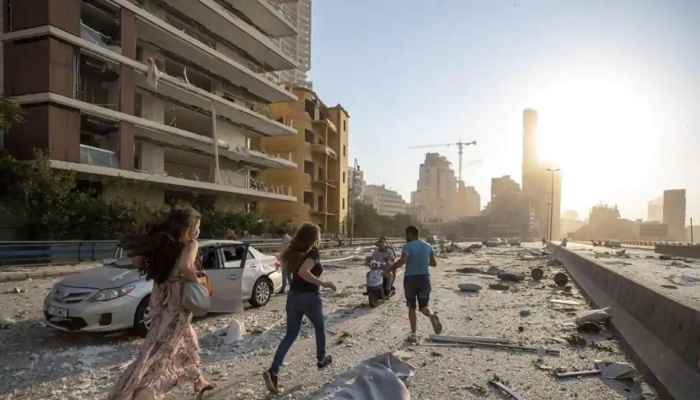 Erdoğan said Turkey stands by Lebanon and is ready to provide humanitarian assistance, mainly healthcare, to the Lebanese people.

He also published a message in Arabic on Twitter.

“I offer my condolences to the relatives of those who lost their lives in the explosion at the Beirut Port, and I wish them patience and perseverance from Allah,” he tweeted, adding: “I wish immediate recovery to the injured. We will always stand by Lebanon and our Lebanese brothers.”

Turkey’s Humanitarian Relief Foundation (İHH) is among those searching for survivors in Beirut.

“We’ve relayed our offer to help” including immediate work on the hospital, and “we are expecting a response from the Lebanese side,” a senior Turkish official told Reuters.

Tuesday’s blast at port warehouses storing highly explosive material was the most powerful in years in Beirut and prompted aid offers from countries including the United States, Israel and Turkey.