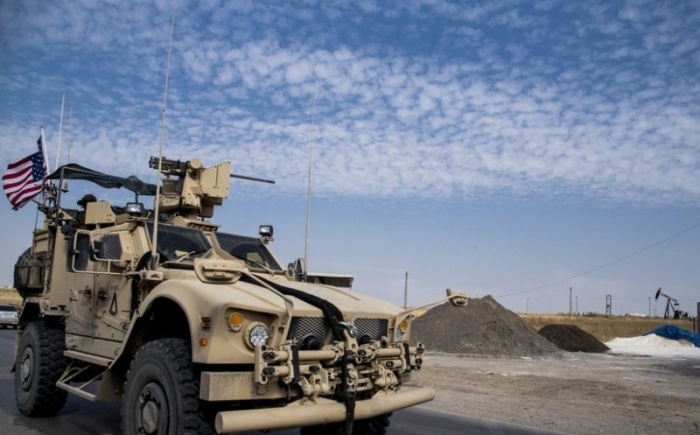 An oil deal between Syrian Kurdish-led forces and an American company in northeast Syria is unacceptable, Turkey’s foreign ministry said on Monday, according to Reuters.

Ankara vehemently opposes the Kurdish People’s Protection Units (YPG), the main element of the US-backed Syrian Democratic Forces which made the deal with the US oil firm, because of its links to Kurdistan Workers’ Party (PKK) militants who have waged a long insurgency in southeastern Turkey.

“It was reported in the press that the ‘Syrian Democratic Forces’ under the control of the PKK/YPG terrorist organization signed a contract with the company ‘Delta Crescent Energy LLC’ located in the USA,” the ministry said, without saying what report or reports it was referring to.

The deal was a “clear demonstration” of the separatist agenda of the “PKK/YPG terrorist organization by seizing the natural resources of the Syrian people,” the ministry said in a statement. “This decision, which cannot be justified by any legitimate motive, is never acceptable.”

US Secretary of State Mike Pompeo referred to an oilfields deal between the SDF and a US firm during a Senate Foreign Relations Committee hearing on Thursday.

Republican Senator Lindsey Graham said SDF General Commander Mazloum Abdi informed him that a deal had been signed with an American company to “modernize the oil fields in northeastern Syria.”

Pompeo said the US administration supported the agreement. “The deal took a little longer … than we had hoped, and now we’re in implementation,” he said at the hearing.

Syria produced around 380,000 barrels of oil per day before civil war erupted following a crackdown on protests in 2011, with Iran and Russia backing President Bashar al-Assad’s government and the United States supporting the opposition.

Damascus lost control of most oil producing fields in a stretch east of the Euphrates River in Deir al-Zor. Western sanctions have also hit the energy industry.

Turkey’s President Recep Tayyip Erdoğan said in March he had asked his Russian counterpart, Vladimir Putin, to jointly manage the oilfields in eastern Syria, instead of the SDF.