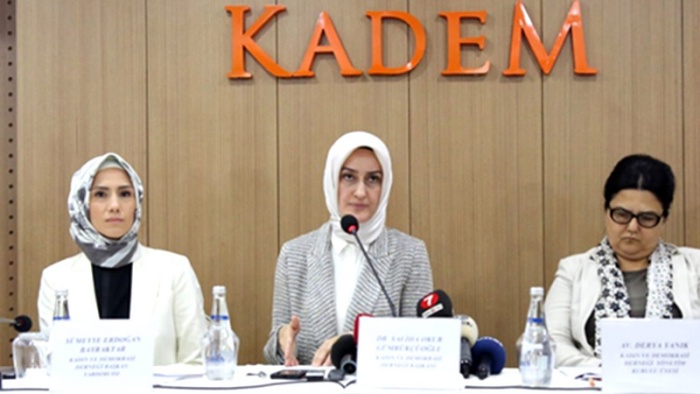 The pro-government Women and Democracy Association (KADEM), based in İstanbul, has released a statement supporting the İstanbul Convention, which has been criticized by several Turkish government officials who have implied Turkey’s potential withdrawal, BBC Turkish service reported on Saturday.

“The breakup of families is not something that anyone would wish for,” the group said. “However, the continuation of relationships depends on education as well as healthy communication, love and respect.”

“One cannot talk about ‘family’ where one side is oppressed through violence.”

The statement came amid ongoing debate surrounding Turkey’s adherence to the Council of Europe document for preventing domestic violence, which has split views inside the country’s ruling Justice and Development Party (AKP).

President Recep Tayyip Erdoğan last year drew attention to the matter, saying that he had heard some discontent from conservative communities regarding the convention.

Erdoğan’s daughter, Sümeyye Erdoğan, is the one of the deputy chairs of KADEM.

Conservative circles have claimed that the convention has destroyed families by introducing “foreign terminology” to traditional Turkish values and the law, while others defended it.

The convention has been signed by 45 countries as well as the European Union, and it is a human rights treaty that specifically deals with issues of domestic violence and injustice towards women.

Erdoğan has repeatedly said he sees gender equality as contradictory to the nature of men and women.

“Feminists don’t understand motherhood,” he said in a 2014 speech, claiming that Islam accords women high value due to their ability to bear and raise children.

“A Muslim believer would not commit domestic violence,” he added.