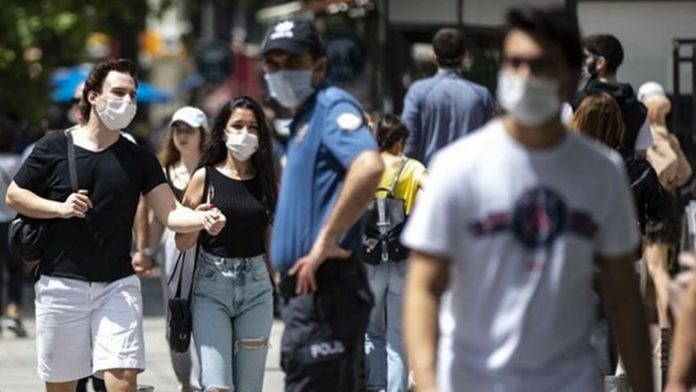 Turkey announced 995 new coronavirus cases on Monday, eight more than yesterday, bringing the total number of cases to 233,851, according to a chart posted on Twitter by Health Minister Fahrettin Koca.

“The pandemic was unfortunately not a priority in Eid al-Adha celebrations and at holiday resorts. We are WORRIED that the accelerated increase in new cases, which had been limited to certain provinces, will spread across the country,” Koca tweeted.

Beginning last week, the health ministry chart no longer showed the number of intensive care patients and those on ventilators but instead reported the number of patients in critical condition and the percentage of patients among all cases who have developed pneumonia due to the coronavirus.

Today’s chart indicated that the number of patients in critical condition is down to 580, 8.4 percent of whom have developed pneumonia.

Meanwhile, 1,003 more people were declared to have recovered on Wednesday, bringing the total number of recoveries to 217,497.

On average, the country conducts some 56,000 tests per 1 million of population, better than countries like the Netherlands and France but far worse than the UK, the US and Germany.