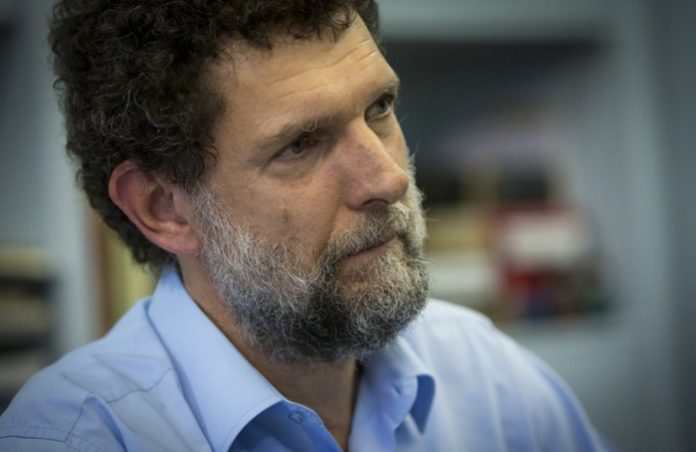 The United States and Europe called on Turkey to release jailed businessman and philanthropist Osman Kavala, who on Monday marked his 1,000th day in prison without a conviction and despite an acquittal from a previous case, Reuters reported.

Kavala has been in jail since November 2017. He was initially accused of financing nationwide protests in 2013, but he was acquitted on those charges in February and was ordered to be released.

Hours after the acquittal, however, he was ordered to be detained for another case related to a failed 2016 coup attempt and later formally arrested again. The charge in the same case was changed in March to espionage but an indictment has not been prepared.

US State Department Principal Deputy Spokesperson Cale Brown called for Kavala’s release given that he has not been convicted.

“We call upon Turkey to comply with its own commitment to justice and rule of law and to release Osman Kavala from detention, while pursuing a just, transparent, and speedy resolution to his case,” Brown said in a statement late on Monday.

“We are pushing and pushing again for real justice in Turkey,” he said.

In the press release Kofler said: “I simply cannot comprehend why Osman Kavala has still not been released from prison. The fact that he remains in custody, though cleared in the Gezi Park trial and despite the decision by the European Court of Human Rights [ECtHR], raises serious doubts about the validity of rule‑of‑law principles in Turkey.”

Critics say the independence of Turkey’s judiciary from politics has been badly eroded in recent years. President Recep Tayyip Erdoğan and his ruling party say the judiciary makes its decisions independently.

Turkey’s Foreign Ministry on Tuesday said the US statement did not respect the principles of a state based on the rule of law.

“Everyone needs to respect this process that is being carried out by independent courts,” the ministry spokesman said in a statement. “No state or person can give orders to Turkish courts regarding judicial processes.”

The ECtHR has also called for Kavala’s release due to insufficient evidence related to both the abortive 2016 coup and the 2013 protests.