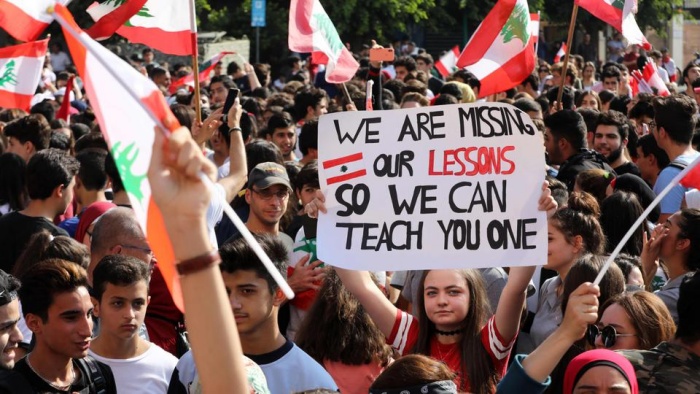 The Turkish Foreign Ministry on Tuesday denied allegations by Lebanese politicians who claimed that Ankara supported street protests in Lebanon, according to the state-run Anadolu news agency.

“The allegations expressed by some Lebanese politicians that Turkey has supported the demonstrations in northern Lebanon and aims to enhance its influence in this region of Lebanon are devoid of common sense,” said foreign ministry spokesman Hami Aksoy.

It is not possible to take “such comments made in bad faith” seriously, according to Aksoy, who said Turkey attaches great importance to the unity and integrity, as well as peace and stability, of Lebanon.

“Those voicing these allegations are in a position to be well aware of who considers Lebanon as their backyard and intervene in the internal affairs of this country,” Aksoy added.

Lebanon is witnessing the worst economic crisis in its history, coinciding with the plunge of its currency to more than half its value. The high rate of inflation has pushed nearly half of the population below the poverty line.

The protests have been ongoing since October and regained momentum after a brief pause due to the coronavirus outbreak.