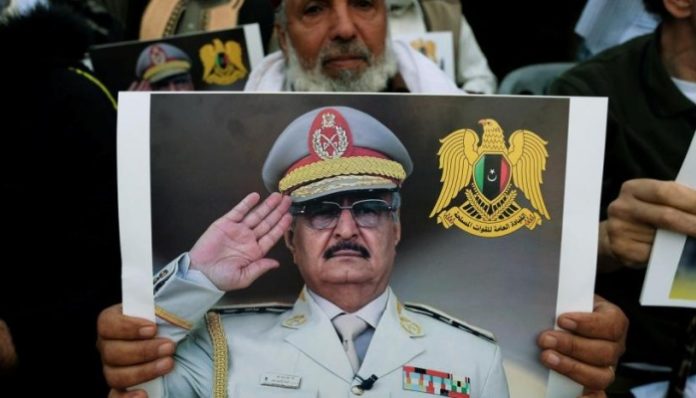 Turkey and Russia agreed on Wednesday to keep pushing for a ceasefire in Libya, but Ankara said the leader of the eastern forces was not legitimate and that his forces must withdraw from key positions for any credible deal to emerge, Reuters reported.

The two countries are the main power brokers in Libya’s conflict, where they support opposing sides. Russia backs the eastern-based forces of Khalifa Haftar, while Turkey has helped the Tripoli-based Government of National Accord (GNA) repel Haftar’s attempt to storm the capital.

Kalın said any deal must be based on a return to what he said were the Libyan frontlines in 2015, requiring Haftar’s forces to pull back from the Mediterranean city of Sirte, gateway to Libya’s eastern oilfields, and Jufra, an air base near the center of the country.

“For the ceasefire to be sustainable, Jufra and Sirte should be evacuated by Haftar’s forces,” Kalın told Reuters in an interview at the presidential palace in Ankara.

The United States said Moscow has sent warplanes to Jufra via Syria to support Russian mercenaries who are fighting alongside Haftar’s Libyan National Army (LNA). Moscow and the LNA both deny this.