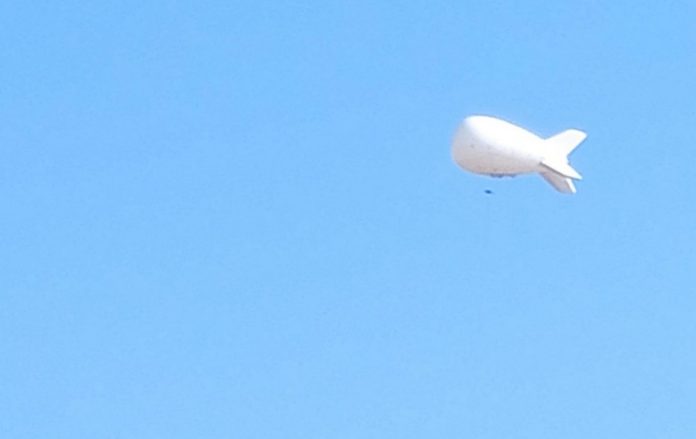 Turkey on Tuesday began conducting wide-scale surveillance operations at the Syrian border using a balloon, according to the state-run Anadolu news agency.

Deployed to border areas in the district of Reyhanlı in Turkey’s southern Hatay province, across from Idlib in northwestern Syria, Karagöz, the surveillance balloon produced by Aselsan, is able to scan an area of eight square kilometers (3 square miles) with its mounted wide-angle surveillance camera.

The 17-meter-high balloon can operate at altitudes of up to 500 meters (1,640 feet) and is intended to carry out surveillance missions, gather intelligence and be used for its early warning capabilities to protect military bases and critical facilities.

It can be adapted for various tasks with different payload options, including electro-optic cameras and 360-degrees stabilized observation capabilities.

Aselsan is Turkey’s largest defense contractor and among the top 100 defense firms in the world.