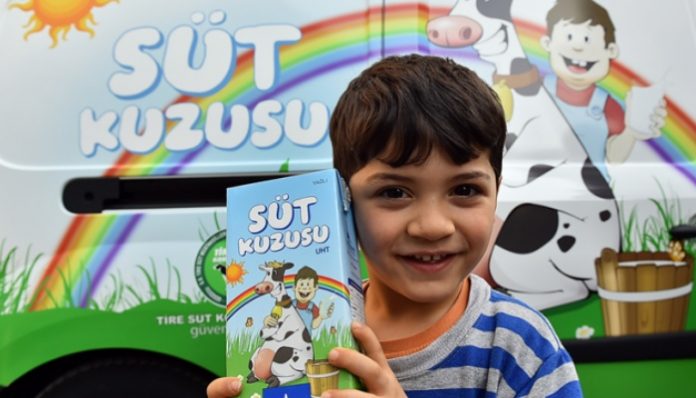 A deputy from Turkey’s ruling Justice and Development Party (AKP) accused İzmir Mayor Tunç Soyer, who is from the main opposition Republican People’s Party (CHP), of promoting homosexuality due to a rainbow drawing on milk cartons delivered to children free of charge by the municipality.

AKP İzmir deputy Hamza Dağ, who is also the party’s deputy chairman, tweeted photos of milk cartons delivered by the İzmir Municipality to children during the term in office of former İzmir Mayor Aziz Kocaoğlu, who was also from the CHP, and current Mayor Soyer.

“Find the subliminal message between the two photos,” he tweeted.

The use of rainbows, a symbol of LGBT+ groups, as well as other LGBT+ iconography has been increasingly associated with homosexuality in Turkey.

Earlier this month LC Waikiki, one of the largest textile companies in Turkey, banned use of rainbows, unicorns and other LGBT+ images in its clothing.

In May, like many children across the world sent home from school due to the coronavirus pandemic, the children in Turkey were encouraged to draw pictures of rainbows and put them in windows to cheer up the country in the face of the pandemic. However, some local education boards ordered teachers to stop because the rainbows were part of a “plot to turn children into homosexuals.”

The lockdown rainbows have become yet another symbol of division in the country, to the surprise of many.