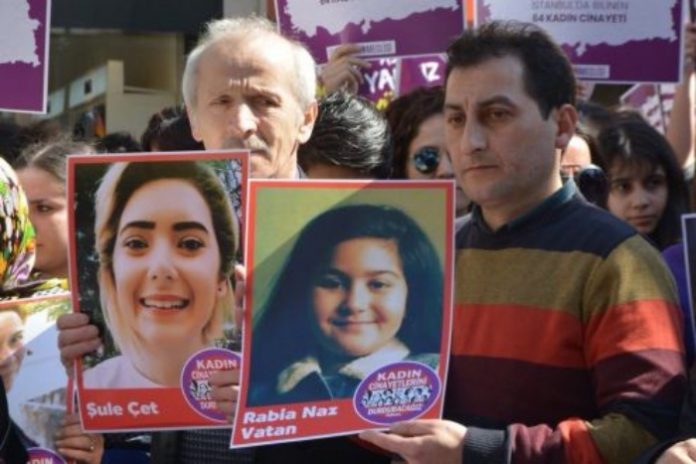 The Giresun Chief Public Prosecutor’s Office has decided on non-prosecution of a case involving the suspicious death of an 11-year-old girl two years ago despite her father’s allegation of a coverup by a senior member of Turkey’s ruling party.

On April 13, 2018 Rabia Naz Vatan was found dead near her apartment in the Eynesil district of Turkey’s northern Giresun province.

The autopsy report indicated that she died of broken bones and visceral organ damage that could have been inflicted by a fall from the apartment in which the Vatan family was living.

Her father, Şaban Vatan, however claimed she was hit by a car and dragged close to the apartment with the evidence rubbed off her clothes. He also said the car was driven by the nephew of Coşkun Somuncuoğlu, a former mayor of the district from the ruling Justice and Development Party (AKP).

Vatan later added that Nurettin Canikli, a former AKP minister, had weighed in to cover up the murder.

In July 2019 a parliamentary investigation committee was established with the participation of all political parties. The committee members visited the alleged crime scene and were briefed by local officials.

Opposition deputy Filiz Kerestecioğlu wrote in the committee’s final report that that the crime scene investigation was not done properly and led to a lack of evidence backing father’s allegations.

Interior Minister Süleyman Soylu, who also met with the father to hear to his side of the story, told journalists in November that there was not a single clue substantiating the father’s accusations.

In the meantime, Vatan was sent to a clinic for an evaluation of his mental health and was briefly detained due to a complaint from the key witness in the case, who changed his testimony five times during the prolonged investigation.

Cihan, who has long kept public attention focused on the case, in September left Turkey, saying he had received death threats.

The decision of non-prosecution has sparked outrage on social media.

Turkish cities running out of hospital beds, ventilators due to surge in coronavirus patients