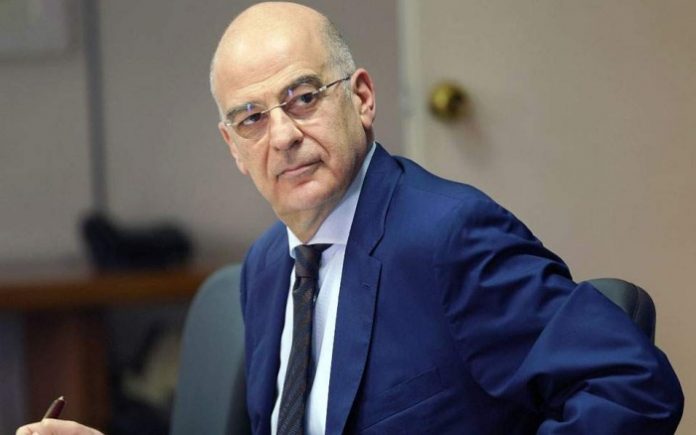 Greece wants its European Union partners to prepare “crippling” economic sanctions for use against neighboring Turkey if it goes ahead with planned offshore gas and oil exploration off Greek islands, Foreign Minister Nikos Dendias said Tuesday, according to Reuters.

Relations between the two historic regional rivals, and uneasy NATO allies, have deteriorated quickly in recent months, with differences including undersea drilling rights, illegal immigration flows and Turkey’s decision to convert the iconic Hagia Sophia in Istanbul from a museum to a mosque

Dendias said in an interview Tuesday he has told his EU colleagues that if Ankara goes ahead with plans to drill off the islands of Crete, Rhodes and Karpathos, the bloc must respond with a pre-drafted list of severe sanctions.

“The European Union is Turkey’s biggest trading partner,” Dendias told private Star TV. “If it wants, it can create a huge problem for the Turkish economy. That’s not my wish … but we must be clear.”

Greece says it has exclusive rights in the areas targeted by Turkey, which in the case of Crete lie far off the Turkish coast. Ankara says it is justified in exploring there following a deal it signed with the internationally recognized government of civil war-wracked Libya, on the far side of the Mediterranean.

Dendias added that if Greece comes under armed attack from its neighbor, it will invoke a section of the 2009 Treaty on European Union that obliges member states to provide aid and assistance to another EU country facing armed aggression.

Greece and Turkey have come to the brink of war three times since 1974.

Turkey has already dispatched warship-escorted vessels to drill for gas in an area where EU member Cyprus insists it has exclusive rights. The Turkish government has said it is acting to protect its interests in the area’s natural resources and those of the Turkish Cypriots.

Egypt says Turkey’s Mediterranean drilling could encroach on its waters