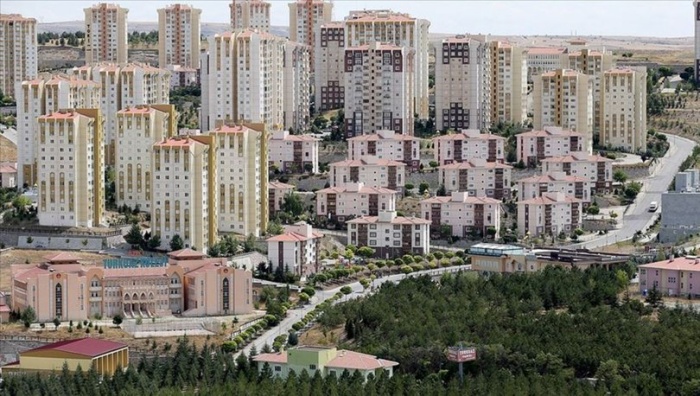 It was the highest monthly level of sales since the record level in December, when more than 202,000 houses were sold as the sector benefited from interest rate cuts.

Sales dropped sharply in April and May under the impact of the pandemic, Turkish Statistical Institute (TurkStat) data showed.

“The low cost support by our state banks showed its impact in the housing sector,” Finance Minister Berat Albayrak wrote on Twitter after the data were released, noting that it was the highest level of June sales ever.

At the start of June, state banks extended new loan facilities with reduced rates, and real estate developers launched campaigns to help kickstart the economy as it emerged from the coronavirus lockdown.

The Turkish Central Bank cut its key rate to 8.25 percent from 24 percent a year ago but held it steady last month.

Homes purchased with mortgages surged nearly 1,300 percent to a record 101,504 houses in June, TurkStat said, making up more than half of total sales and nearly doubling the previous record level in September.

In the first half of the year home sales were up 23.5 percent.

Home sales to foreigners dropped 38.1 percent to 1,664 in June, the data also showed.