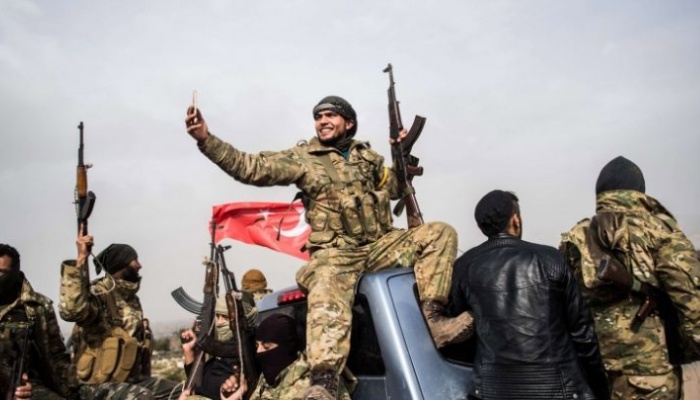 Turkey has sent more than 13,000 mercenaries of different nationalities to Libya to fight alongside the Government of National Accord (GNA) led by Fayez al-Sarraj, unnamed sources told the Al Arabiya news website.

The latest Turkish plane arrived in the Libyan city of Misrata on Monday carrying 356 mercenaries from Syria, Tunisia, Egypt and Sudan, according to the sources.

It was followed by another plane arriving from Turkey carrying 126 other fighters.

Turkey had reportedly transferred about 1,400 Tunisian fighters affiliated with extremist organizations from Syria’s Aleppo and Idlib to Libya in the past few days, Al Arabiya cited sources as saying. As of mid-June, some 13,000 Syrian mercenaries had been sent to Libya by Turkey.

Libyan and Turkish passenger planes had transported the Tunisian fighters in batches to the Turkey’s Gaziantep and Istanbul before flying them to Misrata in northwestern Libya.

The head of the Syrian Observatory for Human Rights – a UK-based war monitor – confirmed the reports to Al Arabiya in an interview, adding that “Ankara sends militants to Libya, not just mercenaries.”

This comes as Turkish Foreign Minister Mevlüt Çavuşoğlu rejected a ceasefire in Libya on Monday.

Libya has been mired in conflict since the fall of Muammar Gaddafi in 2011, but since 2019, fighting between the Libyan National Army (LNA) led by Khalifa Haftar and the GNA has escalated as foreign involvement has intensified.