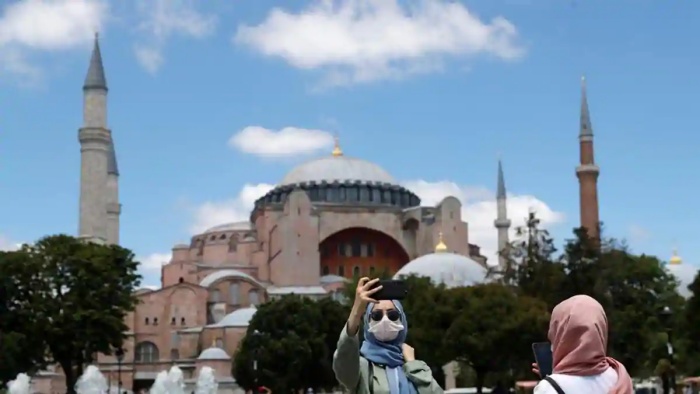 Turkey will inform the United Nation’s cultural body UNESCO about steps being taken regarding Istanbul’s Hagia Sophia, Foreign Minister Mevlüt Çavuşoğlu said on Monday, after Ankara converted the museum back into a mosque, according to Reuters.

On Friday a Turkish court ruled that the sixth-century building’s conversion to a museum was unlawful, and President Recep Tayyip Erdoğan declared that it is now a mosque. Çavuşoğlu was speaking in an interview with state broadcaster TRT Haber.

UNESCO said on Friday it would review the status of the monument as a World Heritage Site following Erdogan’s enouncement. Hagia Sophia was a Byzantine church for nine centuries before the Ottomans converted it to a mosque.