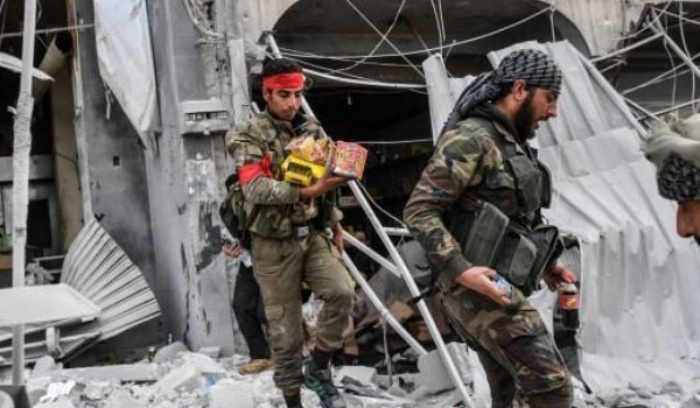 The rebels plundered the houses and set them ablaze in the villages of Tal Muhammad and Anik east of the city of Ras al-Ayn, said the Syrian Observatory for Human Rights.

Turkish forces and Turkish-backed rebels gained control of areas in northern and northeastern Syria following a military campaign launched by Turkey in areas controlled by the SDF last October.

SDF officials have recently been talking about Turkey’s intent to launch new military campaigns in areas controlled by the SDF on the eastern bank of the Euphrates River.

Kino Gabriel, spokesman of the SDF, was quoted as saying there is a possibility the Turkish army is planning to wage a new military operation in the eastern Euphrates region.

He said Turkey is amassing forces in the area of Ayn Issa and a few Turkish-controlled locations in northern Syria to launch the operation despite international objections.