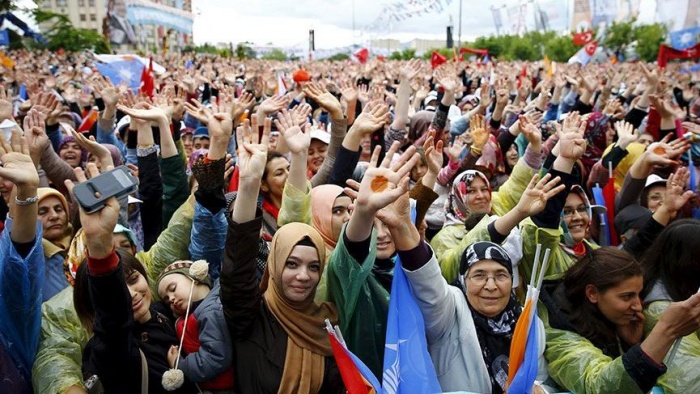 A recent survey has shown that the support of Turkish housewives aged between 17 and 75 for President Recep Tayyip Erdoğan’s party has declined from 58 to 48 percent in the last two years, the Sözcü daily reported.

The Justice and Development Party (AKP) has traditionally been able to garner support from unemployed and elderly women.

The latest Gezici Polling Company survey indicated that the AKP has also lost its appeal to women between 50 and 64, falling from 53.8 to 45.5 percent.

Turkey has 8 million voters over the age of 65, amounting to 15 percent of the electorate. This segment has been happy with Erdoğan’s governance until lately, the study said.

The poll revealed that the Republican People’s Party (CHP) could manage to draw some attention from that age group by financially and socially supporting them after winning mayoral races in metropolises such as İstanbul and Ankara.